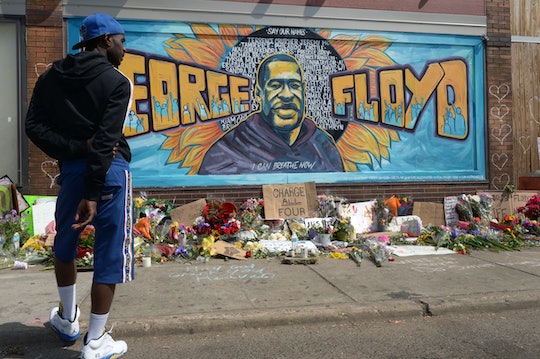 “Our family wants to bring that hope to the community where he died, so that together we can make things better for the Black community in Minneapolis and beyond.”

The family of George Floyd marked the one-year anniversary of his murder Tuesday by announcing the launch of a fund geared at benefiting the Minneapolis neighborhood surrounding the intersection where Floyd was killed by former Minneapolis police officer Derek Chauvin. Funded with money the family received from the city in a civil settlement, the George Floyd Community Benevolence Fund will support businesses, organizations, and individuals impacted by systemic racism.

“The tragic events of May 25, 2020, not only took the life of George Perry Floyd, but created a worldwide awakening and reckoning about deep-seated racial injustices in American society,” a statement on the fund’s website reads. “The Minneapolis, Minnesota neighborhood near the intersection of 38th and Chicago became the epicenter of that movement, demonstrating the need, the frustration, and the hope in the predominantly Black community. The Floyd family has been intensely moved by the outpouring of affection and support and is committed to creating lasting change in that community and beyond.”

With an initial donation of $500,000 from Floyd’s family, the George Floyd Community Benevolence Fund will provide grants of $5,000, $10,000, or $25,000 to those around 38th Street and Chicago Avenue in Minneapolis who are also committed to positive change. In a press release obtained by KARE11, Floyd’s family defined the goal of the fund as promoting “the success and growth of Black citizens and community harmony.”

In comments provided to Patch, an attorney for Floyd’s family said they wanted to see something positive come from Floyd’s death. "As we mark the one-year anniversary of George Floyd's horrific death, the family feels deeply that something positive should come from the pain and injustice he suffered,” attorney Ben Crump said.

Crump went on to describe the George Floyd Community Benevolence Fund as a “long-term partner to the Black-owned businesses in the neighborhood where he died [and] where we all have seen the continued negative impact of systemic racism.”

Interested businesses and organizations can begin applying for grants later this year in the fall, according to the fund’s website. The George Floyd Community Benevolence Fund Board of Directors, which includes Crump and members of Floyd’s family, will be given final approval of grant applications.

“George’s legacy is his spirit of optimism that things can get better,” KARE11 reported Floyd’s brother Terrence Floyd said in a press release. “Our family wants to bring that hope to the community where he died, so that together we can make things better for the Black community in Minneapolis and beyond.”

Members of Floyd’s family are also expected to meet with President Joe Biden and congressional lawmakers on Tuesday to discuss the police reform bill currently being negotiated by legislators.