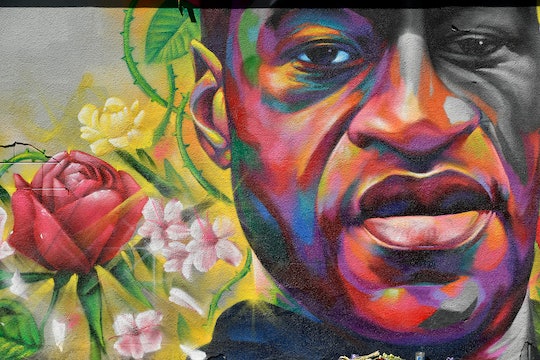 Chauvin now faces the prospect of decades behind bars.

After roughly 24 hours of deliberations, a jury of 12 has found former Minneapolis police officer Derek Chauvin guilty on all counts in the murder trial over George Floyd’s death last May. On April 20, Chauvin was taken into custody after he was convicted on all three charges, including second and third degree murder as well as second-degree manslaughter. As the verdict was announced, Floyd’s family embraced one another and applauded as they watched the end of a painful trial come to a close.

“Painfully earned justice has finally arrived for George Floyd’s family,” Floyd family attorney Ben Crump tweeted on Tuesday. “This verdict is a turning point in history and sends a clear message on the need for accountability of law enforcement. Justice for Black America is justice for all of America!”

On May 25, 2020, Floyd, a 46-year-old Black man, was arrested after a local convenience store called police because an employee believed he had paid for cigarettes with a counterfeit $20 bill. Footage of what happened as police arrived on the scene and Chauvin kneeling on Floyd’s neck and back for 9 minutes, 29 seconds as he yelled out “I can’t breathe” ignited nationwide protests and urgent calls for justice. Many have pointed out that the video that ultimately led to Chauvin’s conviction exists because 17-year-old Darnella Frazier pulled out her phone and hit record. “Thank God for the brave child who filmed all 9 minutes of that murder,” one mom tweeted.

Before the verdict was announced on Tuesday, Floyd’s younger brother Philonise spoke with CNN reporter Sara Snider and acknowledged that while the case was indeed “historic for America,” it’s also “a deeply personal case” for Floyd’s family.

Floyd’s family has been outspoken since his death; Philonise even testified in Chauvin’s trial. Several days into it, Philonise remembered his brother as a “leader in the household” and a loving brother who took care of his siblings, NBC News reported. The father of two also said his older brother had a "one-of-a-kind" relationship with their late mother, who Floyd called out for as he breathed his last words under Chauvin’s knee.

As the high-profile trial began in late March, Floyd’s 7-year-old daughter Gianna and her mother Roxie Washington spoke with ABC News about Floyd’s memory. “He was kind and he was nice to my momma all the time," Gianna told the news outlet, while Washington added that “he just had a good heart.”

With three guilty counts, Chauvin faces up to 75 years in prison, according to NBC News. His sentencing will take place eight weeks from today.

More Like This
Can States Ban The Abortion Pill? FDA Rules May Make That Hard
Ketanji Brown Jackson Spoke Directly To Her Daughters In Her Powerful Opening Statement
AAP Says Kids Will Face "Grave Consequences" Now That Roe V. Wade Is Overturned
Robb Elementary School Is Set To Be Demolished After Deadly Shooting