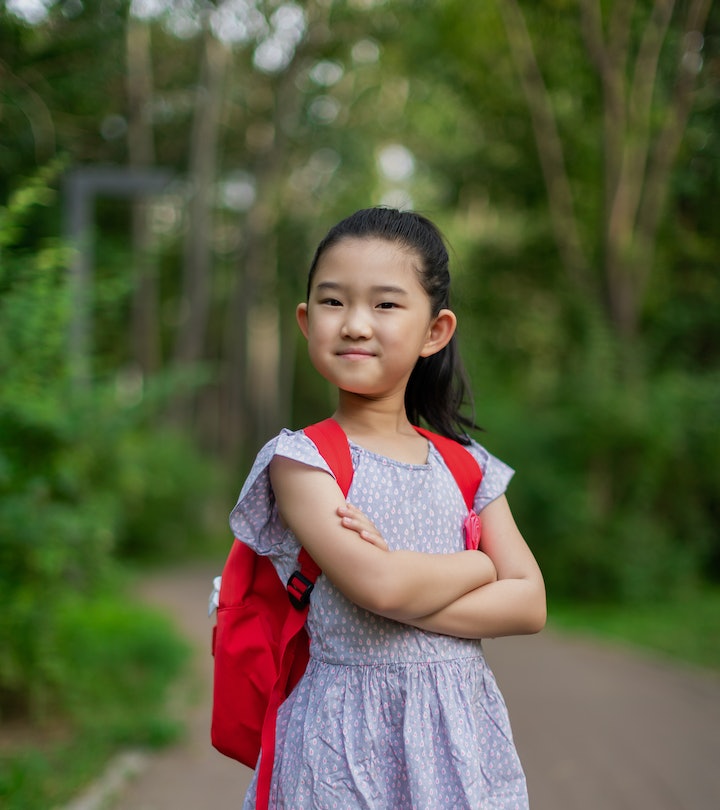 Little Girls Can Tell When You Underestimate Them... & They Don't Like It

That gender discrimination is a fact of life for young girls has become common knowledge. We’ve seen the sad headlines and depressing research conclusions for years now. Girls lose interest in STEM subjects as they enter high school due to lack of female mentorship. Girls drop out of sports earlier and more frequently than boys due, in part, to social stigma. Girls are called on to speak and lead classroom discussion less than their male peers. But there’s something that’s often unspoken in this research: the fact that our girls know they’re being discriminated against. That knowledge is the subject of new, qualitative, youth-led research put out by Girls Leadership in honor of International Day of the Girl.

The research was conceived, designed, and conducted by the Girls Advisory Board (GAB), teenage alumnae of various Girls Leadership programs. The teen researchers sought to learn more about how grade-school girls think about their own life experiences, particularly as it relates to gender, leadership, and their hopes for the future. “[The GAB] were curious and really excited about listening,” says Dr. Kendra Carr, Chief Programming Officer at Girls Leadership. “They were excited to create a space for girls to be brave and open up.”

Over the course of 26, hour-long focus groups with 140 participants of diverse racial and ethnic backgrounds from all regions of the United States, the GAB found that one in five of the girls they spoke to were able to recount an experience of gender bias. Some were instances of overt, targeted, sexist harassment, such as that experienced by fifth-grader Hannah.

“I'm starting to code on my own game,” she shared in a virtual focus group. “I have been getting like these recent chats from these virtual bullies – like, cyber bullies – and they were saying it's impossible for a young girl to code a game.”

But even in instances where the sexism they experienced was less aggressive and more subtle, the girls interviewed took notice. Microaggressions were common, according to the research, and unfortunately often came from authority figures.

“We were doing a run and this girl in our class, one of my best friends, was running and [the male gym teacher] was like... ‘Nice run, I didn't think you were going to make that,’” recalled fourth-grader Anya. “And then when a boy in our class made the same run he was like, ‘Good job.’ I noticed like he automatically assumed that she wasn't going to make that just because she's [a girl].”

A video featuring some of the researchers and focus group participants was released in celebration of International Day of the Girl on October 11.

The ability of the girls to identify and talk about bias came as a surprise to the researchers and to Carr. “I was most surprised by the clarity of the girls,” she says. “We were very careful to be age appropriate as we designed questions. But the girls were able to speak so poignantly about their experiences.”

“Girls know this bias is happening,” she adds. “And where it’s happening.”

The news would be upsetting in and of itself, but another finding of the research highlights what we may be losing as a result of diminishing girls: a clear and unique vision of leadership, often focused more on advocating for others and working with others than personal gain. This was particularly true among Black, Latina, and Asian girls.

“Their definition of leadership was so profound,” says Carr. “They were really talking about transformative leadership – not just personal success but for their communities. One girl said ‘There’s a difference between being a leader and being a boss or a manager.’”

The findings prompted three recommendations from Girls Leadership to encourage and uplift girls moving forward. The first came directly from the participants: the creation of spaces for girls to “connect, celebrate with one another, share, process experiences, and understand that they are not alone.”

“At the end of the focus groups, girls asked “OK, when are we getting together again?!” Carr recalls. Girls talked about their experiences – their challenges and goals – in a way that created an atmosphere Carr likened to a support group. “Clearly, there’s a need for a space that’s girls only.”

The second recommendation seeks to address gender expectation and bias in communities, specifically within schools, by dedicating professional development time and resources toward addressing gender expectation in a way that also acknowledges intersections of race, ethnicity, socioeconomic status, trauma, and the need for healing after the Covid-19 pandemic.

We’re sad these girls are experiencing bias, but what was heartening was their response to it.

The third is for schools and communities to provide more leadership opportunities for girls, but to go beyond traditional, transactional definitions of what it means to be a leader. “We encourage programs that define leadership in the ways the girls see it,” says Carr. “First ask girls how they define leadership and build programming around that.”

Despite the research indicating that girls as young as kindergarten are already experiencing sexism, Carr believes that, ultimately, the findings are encouraging for the next generation of female leaders. Girls are clear-eyed, confident, and know how to connect and support one another. They have unique and powerful notions of leadership and find solace and inspiration in their families, communities, among friends, and see themselves upon the shoulders of strong women who came before them.

“We’re sad these girls are experiencing bias, but what was heartening was their response to it,” Carr offers. “They know they’re worthy. They already have what they need. They are brilliant and confident and powerful.”

In other words, girls don’t need their communities to show them the way. They know the way – we just need to get out of theirs.

More Like This
21 Magical Shows & Movies About Unicorns
21 Rainy Day Summer Activities
Why I'm Talking To My Teenage Son About Abortion — And Vasectomies
From Captions To Gifts, These Are All The Kindergarten Graduation Ideas You Need