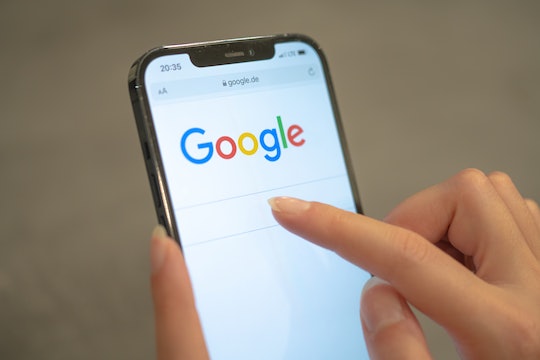 Google Will Let You Block Ads About Pregnancy & Other Sensitive Topics

Seeing certain ads online can be annoying, or even painful: here’s how to opt out.

Have you ever bought a baby shower gift and, before you know it, your algorithm thinks you're pregnant? You suddenly see nothing but ads for cribs, organic baby food, and nursing bras. Sometimes it’s funny... but not for a parent coping with child loss or infertility. Similarly, weight loss ads might be dangerous when they target someone with an eating disorder the same way an ad for vodka could be harmful to an alcoholic. But now, Google will let you block ads about pregnancy, parenting, dating, weight loss, alcohol and gambling.

In an interview with the The Washington Post, Google’s group product manager for ads privacy, Karin Hennessy, said that these categories were chosen based on user feedback. Users were most adamant about wanting to see fewer ads about alcohol and gambling, so those were the first two topics addressed back in December 2020, specifically ads on YouTube and only for users in the U.S. But now they, along with pregnancy and parenting (a combined category), dating, and weight loss can be avoided across Google’s network. Hennessy indicated that more categories would be added as “opt-out” options down the road.

The effort to combat unwanted and painful advertising is not foolproof (which is why, when you opt out, the wording is “see fewer” rather than “don’t see”); for example, an ad for life insurance might feature a pregnant person. Or an ad for a hotel chain might depict a group of friends raising their champagne flutes together. Certainly, however, this is a positive change for Google users who might be triggered or simply sensitive to certain types of content.

Others suggest this is a bid to stave off outside regulation of the company by indicating that users — not Google — has the ultimate control over their individual experiences. (Basically suggesting the company could argue “Why is regulation necessary when the company is already allowing users to self-regulate?”) Jeffrey Chester, executive director of the digital rights advocacy group Center for Digital Democracy, suggests that while this latest move is a response to user feedback, it is ultimately a financially lucrative decision for Google. He told The Washington Post quite bluntly, “This is about protecting Google’s position in politics and in Washington and deceptively getting people to volunteer more information about themselves so that Google can target them even more aggressively on products and services they’re likely more interested in.”

Imperfect or dubiously motivated though it may be, it’s certainly a help for those who brace themselves every time they go online. If you’d like to update your own ad preferences, simply visit myaccount.google.com and select “Date & Privacy” from the menu on the left. From there, go to “Ad settings,” scroll down to “Sensitive Ad categories” and click “See fewer” on the categories you wish to see less of.

More Like This
This Free Website Connects Parents Who Need Formula With Those Who Have It
Parents Will Demand $675,000 From Son & Daughter-In-Law If They Don't Have A Kid Soon
Biden Signs Law Banning Unsafe Infant Sleep Products Attributed To Over 200 Deaths
It's Not Just Covid: Doctors On Why Everyone's Getting Sick Right Now