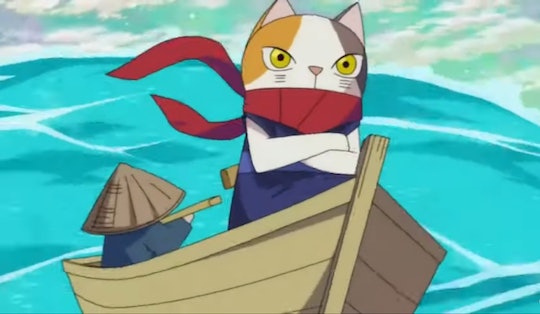 Google's logo for the Tokyo Olympics opening ceremony is an ode to classic video games.

Since Google’s logo changes to reflect to commemorate history, celebrate holidays, or acknowledge world events, it probably comes as no surprise that today’s logo would reflect the fact that, after a longer-than-usual wait, the 2020 Olympics have finally begun. But Google’s Logo for the Tokyo Olympics is not only a tribute to the Games, but to the host country of Japan and it’s rich and glorious tradition of role-playing video games! And in the very American tradition of “go big or go home,” Doodle Champion Island Games is the largest Doodle game ever made, with collaborators in the U.S. and Japan.

Clicking on the link begins a fully-animated introduction in anime style — produced by Japan’s STUDIO4°C — where we see Lucky the Calico Ninja Cat arriving on Champion Island where a grand festival is underway. Lively music plays as we get a peek at all the characters, based on figures from Japanese culture and mythology, that await us (albeit in a less detailed, 16-bit format moving forward).

During game play, you can choose to join one of four teams (Red, Blue, Yellow, or Green aka Google’s logo colors) led by Ushi (a cow), Karasu (a crow), Inari (a fox) or Kappa (an impish Japanese water spirit). Choose wisely: your team is international and you will contribute to a real-time leaderboard!

In seven different games — such as rugby, climbing, table tennis, and more — you compete against folkloric figures, whom developers at STUDIO4°C pulled from mythology across Japan’s 47 prefectures.

“There’s not only seven different games to play but a whole world to explore,” Google Doodle’s art lead Nate Swinehart explains in a promotional video posted to YouTube. “We wanted really to create an opportunity for the world to compete globally together and to learn about Japanese culture at the same time.”

Takahiro Tanaka, creative director at STUDIO4°C agrees. “I really want them to enjoy the game itself,” he said. “[And] I want folks from other countries to become interested in knowing more about these characters’ stories.”

One aspect of the game, however, is not traditional: Lucky represents one of the few female protagonists in a video game. “If you look at Japan’s folk tales, women are often depicted as scary creatures,” STUDIO4°C producer Tomoko Ogiwara explained with a laugh. “And we wanted to include women.”

Your kids may be more used to the slick, hyper-animated games of today, but we have no doubt that they’re going to love the charming, old school 16-bit style of Doodle Champion Island Games.