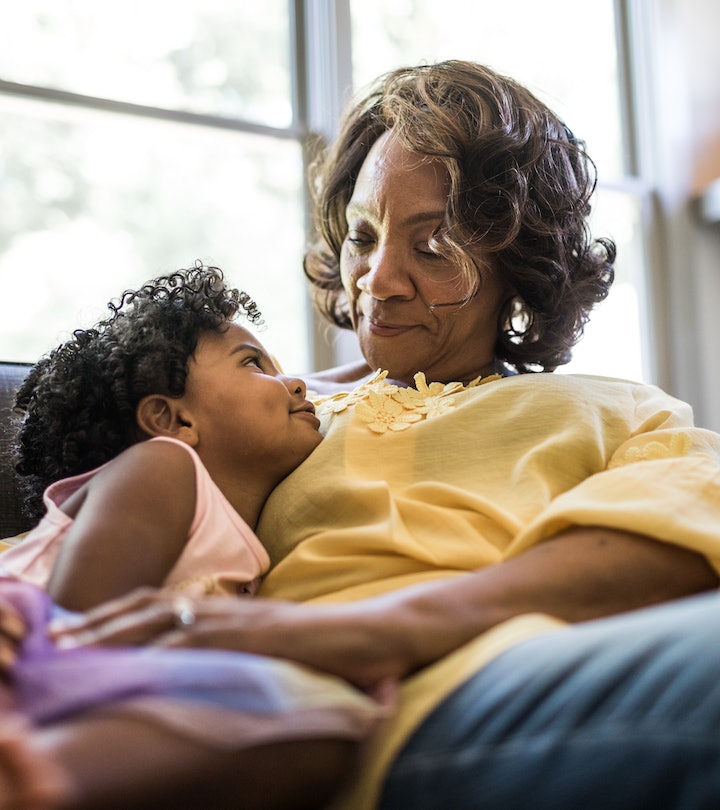 It’s not just your imagination!

Researchers may have an answer for why your mom might appear more excited to see your kids than you! In studying the brain activity of grandmothers, researchers at Emory University in Atlanta, Georgia, found grandmothers experience more emotional empathy with their grandchildren than with their adult kids. Could this explain why Memaw’s face instantly lights up when she sees her grandbaby?

Researchers at Emory University sought to use functional magnetic resonance imaging to examine what happened in a grandmother’s brain when they looked at photos of a grandchild, their adult child, an unrelated child, and an unrelated adult in a study recently published in Proceedings of the Royal Society B. Some 50 grandmothers with at least one biological grandchild between the ages of 3 and 12 years old were recruited to participate in the study. And what researchers found was that different areas of the brain activated when participants looked at their grandchild compared to their adult child.

When grandmothers viewed an image of their adult child, areas of the brain associated with cognitive empathy lit up. According to researchers, this could indicate a greater focus on attempting to understand what the adult child is feeling or doing and why, rather than experiencing a direct emotional connection as they did when looking at a grandchild.

“Young children have likely evolved traits to be able to manipulate not just the maternal brain, but the grand maternal brain,” Rilling said. “An adult child doesn’t have the same cute ‘factor,’ so they may not illicit the same emotional response.”

Interestingly, the grandmothers who did display strong activation in areas of the brain involved in cognitive empathy when looking at pictures of their grandchildren told researchers in a questionnaire that they wanted more involvement in the care of their grandchild, suggesting a desire for a more parental role.

Involved or engaged grandmothers may have a big impact on children. Research out of the United Kingdom has found that high levels of grandparental involvement in a child’s life can increase their well-being. In studying more than 1,500 children, researchers found those who had grandparents actively involved in their lives and upbringing had fewer emotional and behavioral problems, the University of Oxford reported.

Knowing many grandmothers serve as secondary caregivers, researchers at Emory University said they are eager to continue digging into how grandmothers fit into parental caregiving systems and what impact their role may have on children and society as a whole. “Here, we’re highlighting the brain functions of grandmothers that may play an important role in our social lives and development,” Minwoo Lee, a PhD candidate in Emory University’s Department of Anthropology and the study’s co-author, said in a statement. “It’s an important aspect of the human experience that has been largely left out of the field of neuroscience.”

More Like This
The Covid Vaccine For Kids Under 5 Has Been Sent To The FDA For Review
Elmo Talks About Getting His Covid Vaccine In A Cute New Video
You Can Schedule Your Kid’s Covid Vaccine Appointment At Walmart
I'll Be First In Line To Vaccinate My Kids, But I'll Never Forget That We Were Last