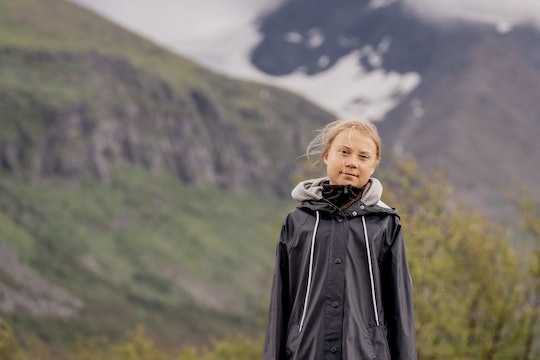 Greta Thunberg Condemns Climate Change Inaction: “We Are In An Emergency”

Greta Thunberg was not surprised by the sobering assessment of climate change recently released by the United Nation’s Intergovernmental Panel on Climate Change (IPCC). Instead, Thunberg has maintained the report merely confirms what climate activists like herself have already known: We are living amidst a climate emergency. What’s more, she condemned world leaders’ general lack of action toward addressing climate change and called on both the public and the media to pressure governments into taking action.

“The new IPCC report contains no real surprises,” the 18-year-old Swedish climate activist tweeted Monday. “It confirms what we already know from thousands [of] previous studies and reports — that we are in an emergency.”

In its report, the IPCC concluded “it is unequivocal that human influence has warmed the atmosphere, ocean, and land,” effectively confirming that humans are contributing to climate change. The report also noted that even the most dramatic of actions were unlikely to prevent a global warming of 1.5 degrees Celsius. In fact, the IPCC concluded that average global temperatures could rise beyond 2 degrees Celsius by the end of this century if steep and immediate emissions cuts are not made, leading to an increase in extreme weather events like heatwaves, droughts, and floods.

Additionally, the IPCC warned some of the impacts of global warming already being experienced, such as rising sea levels, melting Arctic ice, and the warming of ocean waters, are likely irreversible. While the report noted a drastic reduction in carbon emissions could ultimately help slow these irreversible changes, the world will never see a return to the more moderate weather patterns recorded in the past.

On Monday, Thunberg characterized the IPCC report as “a solid (but cautious) summary of the current best available science” while noting it failed to include recommendations for how to drastically cut emissions sooner rather than later. “It doesn't tell us what to do,” Thunberg said in a tweet. “It is up to us to be brave and take decisions based on the scientific evidence provided in these reports. We can still avoid the worst consequences, but not if we continue like today, and not without treating the crisis like a crisis.”

But even if the report had recommended specific actions, Thunberg isn’t sure world leaders —many of whom are expected to gather in Scotland in November for the United Nations Climate Change Conference — would even take them.

"I expect them to go out and have big speeches, or press releases, or posts on social media where they say the climate crisis is very important and we are doing everything that we can," Thunberg told Reuters of her expectations of world leaders. "As it is now, nothing is changing. The only thing that's changing is the climate."