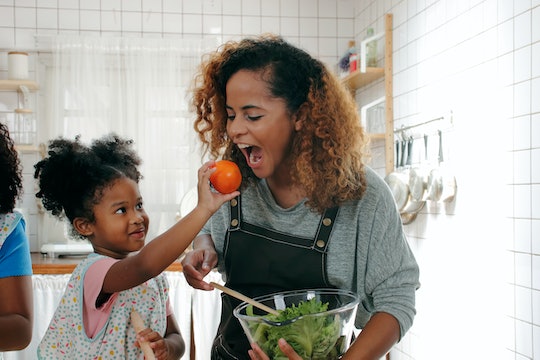 These Were The Healthiest U.S. States For Families In 2020

And half of them are clustered together in the East Coast Atlantic region.

A comprehensive measure of five different social health factors and five different individual health factors has uncovered the healthiest and least healthy U.S. states for families. Sharecare, a health and wellness company based in Georgia, released its Community Well-Being Index for 2020 on Tuesday, revealing that half of the top 10 healthiest states can be found in one region.

Sharecare’s Community Well-Being Index named Massachusetts as the healthiest state in the county (amid a global public health pandemic no less!) due to strong scores in areas like healthcare access, housing and transportation, physical well-being, financial well-being, and social well-being. The Bay State beat out Hawaii, a long-time veteran of Sharecare’s annual health index, to claim the top spot on this year’s rankings.

To determine their Well-Being Index, which the health and wellness company has been releasing every year since 2008, Sharecare examines a series of social determinants to health such as economic security and access to food, healthcare, housing, transportation, and community resources like libraries and churches. The company also analyzes information on individual health factors, such as physical health, community engagement, social well-being, financial skills, and even whether or not individuals feel a sense of purpose in their life and community. The 2020 index was formed based on responses from more than 3 million surveys and more than 600 social determinants of health.

Aside from Hawaii, four of the index’s top five healthiest states are located in the country’s Northeast region. And when you look at the top 10 rankings as a whole, half of them fall in the East Coast Atlantic region. Sharecare’s report noted that regional trends aren’t wholly uncommon. For example, Southern states were found to have the lowest levels of community well-being whereas states in the Northeastern region saw the highest community well-being scores nationally.

Mississippi ranked last on Sharecare’s index for the second consecutive year due to across the board low scores in both social determinants and individual health factors. Other states within the index’s bottom 10 such as Arkansas, New Mexico, West Virginia, and Kentucky, were also ranked poorly in 2019. According to Sharecare, Arkansas ranked dead last in physical well-being while New Mexico ranked last in community well-being and West Virginia ranked last in economic security.

But although not every state can fall within the top rankings, Sharecare’s report stressed resilience and increased community well-being were common themes in 2020, a year that saw families grapple with a number of uncertainties as a result of the global coronavirus pandemic. “Overall, we saw enhanced resilience and community well-being in the face of illness, fear, loss, isolation, uncertainty, and hardship,” the report noted.

More Like This
The Covid Vaccine For Kids Under 5 Has Been Sent To The FDA For Review
A New 3-Digit Mental Health Hotline Is Launching Soon
This Map Illustrates Just How Many States Would Ban Abortion If Roe V. Wade Is Overturned
Elmo Talks About Getting His Covid Vaccine In A Cute New Video