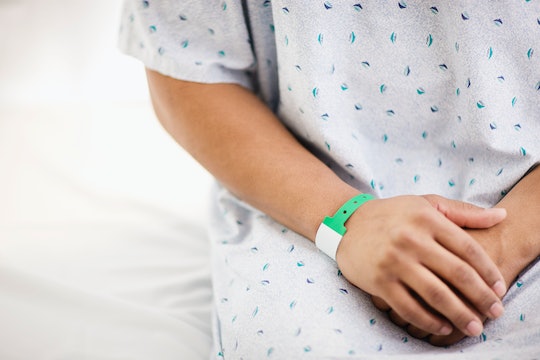 Approximately 170 cases have been reported globally, resulting in 17 liver transplants and one death.

It goes without saying that when it comes to public health, the past two years have been dominated by concerns over Covid-19. But over the past few months, another outbreak has been brought to the attention of the medical community: from Israel to Alabama, doctors are treating otherwise healthy patients between 1 month and 16 years old for acute severe hepatitis of “unknown origin.” So far, approximately 170 cases have been reported globally and experts don’t yet know exactly what’s causing this unusual illness, which has already resulted in one child’s death and necessitated 17 liver transplants. Doctors are concerned that more cases will arise before experts are able to identify a cause, but here’s what they do know so far.

Hepatitis is an inflammation of the liver.

Hepatitis is inflammation of the liver that can be caused by a number of factors, including viral infections, alcohol or other toxins, medications, and other medical conditions, according to the Centers for Disease Control and Prevention (CDC). The most common causes of viral hepatitis in the U.S. are Hepatitis A, B, and C (there are also strands D and E), though there is a vaccine available for A and B. Symptoms generally include fever, fatigue, loss of appetite, nausea, vomiting, abdominal pain, and the trademark jaundiced skin and eyes. It is usually spread via body fluids including (but not limited to) blood and fecal matter. Although anyone can get hepatitis, those at highest risk include infants born to mothers with hepatitis, drug users who share equipment, people on dialysis, and sexual partners of hepatitis positive individuals.

The UK has seen the majority of these cases.

According to a statement from the World Health Organization (WHO), of the approximately 169 cases identified, the UK has seen the vast majority of them — 114. Spain, Israel, the U.S., and Denmark have all seen more than five cases as well. Of these cases, approximately 10% (17 children) required a liver transplant. One child has died. (The WHO has not shared the ages or locations of the children who required a liver transplant or the child who died.)

In addition to acute with markedly elevated liver enzymes, many of these cases reported gastrointestinal symptoms (abdominal pain, diarrhea and vomiting) preceding presentation of severe acute hepatitis, increased levels of liver enzymes and jaundice. Most cases did not have a fever.

This outbreak appears to be linked to adenovirus, but experts aren’t yet sure.

The WHO has stated that of the children tested, none were found to have Hepatitis A, B, C, D, or E. However, at least 74 tested positive for adenovirus — a common virus with at least 50 immunologically distinct types and causes a range of illnesses. Molecular testing showed that 18 were of the same type (F type 41), though not all the children were tested.

The WHO said that while “there have been case reports of hepatitis in immunocompromised children with adenovirus infection,” it is uncommon to see adenovirus-induced hepatitis in otherwise healthy children, much less this severe, according to the WHO. “Infection with adenovirus type 41, the implicated adenovirus type, has not previously been linked to such a clinical presentation,” the WHO said in a statement. “Adenoviruses are common pathogens that usually cause self-limited infections.”

Links to Covid-19 infection (found in 20 of the children) as well as a Covid/adenovirus co-infection are also being explored.

The WHO and CDC have issued guidance to healthcare providers.

The CDC has urged clinicians to consider testing for adenovirus among pediatric patients with hepatitis of unknown origin, and have asked providers to notify the organization of such cases, as has the WHO. Even though epidemiologists feel they may be on the right track by linking acute hepatitis to adenovirus, they’re tempering their expectations.

“With continued new notifications of recent onset cases,” the WHO wrote, “it is very likely that more cases will be detected before the cause can be confirmed and more specific control and prevention measures can be implemented.”

More Like This
What Is Monkeypox & Should You Be Worried? Here’s What You Need To Know
Here's Where To Donate To Help The Families Of The Texas Elementary School Shooting
Multiple Jif Peanut Butter Products Have Been Recalled After 14 People Got Sick
This Free Website Connects Parents Who Need Formula With Those Who Have It