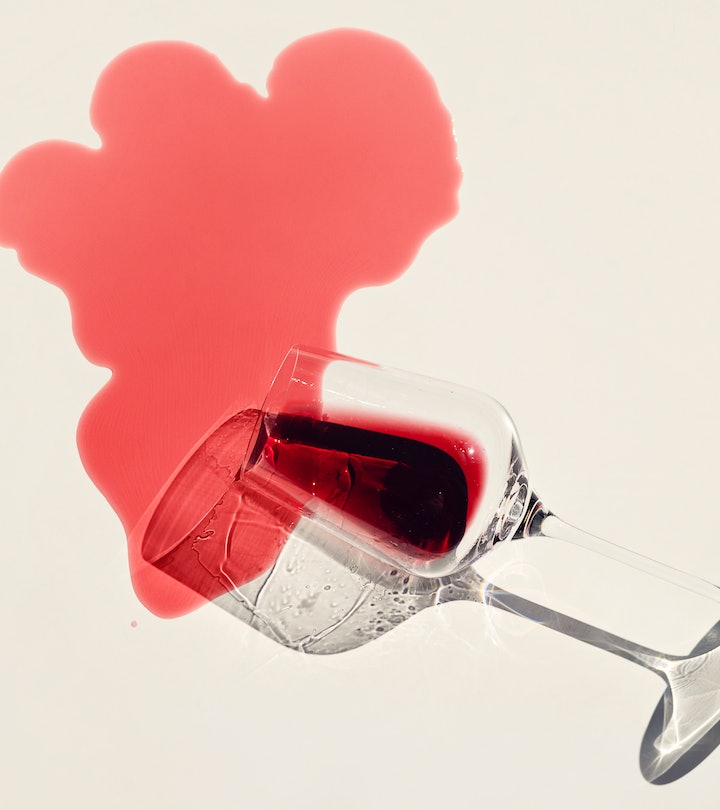 I Took Drinking Out Of My Bedtime Ritual & Unfortunately, It's Great

I’m not really drinking right now. It’s weird to say it out loud, like I’m promising something to someone. You’re making it weird, Miranda. Like by saying it, I’m making other people feel awkward, which is the worst. Working parents of little kids have comparatively few pleasures available to us, and even fewer moments in which to enjoy them. A glass of wine or frosty IPA in that brief window between kid bedtime and adult bedtime can be so good; I’m not interested in ruining that for anyone. It’s just that, briefly pleasurable though it is, booze has mostly lost its appeal for me, for now. The shift away, the reevaluation, seems to be hitting a lot of us nearly-40 year olds. It’s part of growing up, I guess, which I am old enough to know I am still doing.

I was six months postpartum when my therapist interrupted my stream-of-consciousness rambling to clarify if I was implying (among a million other things) that I had a drink every night. I was. She (kindly, gently) reminded me that alcohol is a depressant. You don’t have to stop totally, but take a break for a few days and see how it feels. She knew, too, that getting a good nights’ sleep is incredibly important to me, and reminded me (kindly, gently) that alcohol really messes with sleep. I took a few nights off — and was slightly disturbed by the fact that it felt like a big deal. After that, I slipped into a marginally intentional drinking-less-but-still-often habit.

I’m finally letting the boring truth sink in, which is that a lot of things are better and easier when I skip drinking.

Then I woke up this past New Years Day with my first hangover in ages. The sun was shining, the kids were healthy — finally! — and I was laid out, groaning on the sofa like a total ding dong. I felt so stupid. A lot of things go haywire around here that it is not my fault, but feeling gross and needing my husband to take care of the kids on day we had planned to spend all together was 100%, obnoxiously, my fault.

After that I quietly tip-toed into being a person who rarely drinks. There was no huge death knell for me and drinking. I’m not done with it — I’ll have a cocktail with my mom on her birthday, maybe a beer on a date night — which is part of why it feels weird to say anything about it. Then again, the shift feels — to me — big. Intentional. Kind of embarrassingly earnest. I kept it to myself at first, as a resolve to drink only occasionally crystalized. “I am never going to be hungover again,” I told my husband a few days into the new year, knowing that I sounded like every college freshman on every Sunday morning. But, what I was saying came from a corner of myself that I’d been working hard to reach, and getting there felt big.

I was helping a friend move a few years ago — back before kids, when I had the energy for that kind of charity — when her relative opened up a cooler of drinks. Looking into the ice, she yelped “Oooooo! Mountain Dew!” followed by a resigned “water’s a better choice.”

I think about this a lot, and not just because it makes me giggle. But because this is me now, every night. When I shamble down the stairs in the evening — depleted from the day, kids tucked in at last — I know that I’ve got about two hours to both live a little and wind down. A beer is the fastest way I know of to zombie myself out, and it goes so well with cuddling on the sofa and a really good TV show. Tea is a better choice, I half-joke to myself, while I wait for the kettle to whistle.

It took a few weeks of not drinking to discover that I felt a little lighter as I crawled into bed, a little less worried about most things.

I don’t do very well with hard lines. If I declared I was never going to drink again, the first thing I would do is go out and drink three pints. So, no hard lines. It’s just that I’m finally letting the boring truth sink in, which is that a lot of things are better and easier when I skip drinking. I fall asleep less afraid of being woken up if a kid needs me in the night. When drinking was part of my nightly routine, there was always a low-level of dread that I might have to be awake up at 2 a.m. to tend to a feverish kid, or the fallout of a nightmare, and I’d be less-than-my-best. I hadn’t really noticed that dread, though, until it was gone. It took a few weeks of not drinking to discover that I felt a little lighter as I crawled into bed, a little less worried about most things.

As a companion, nightly treat or pleasure-giver, alcohol is unreliable. Wine is no longer an appealing diversion when you have the flu or whatever snotty disease the kids have brought home this week. And parents of young kids are sick all the time. I learned in therapy that reliable wind down rituals — like a nightly cup of tea, or sitting to meditate — activate the parasympathetic nervous system. When it’s active, it tells your body that it’s OK to relax, the opposite of “fight or flight,” which I guess is what I was trying to do with a nightly drink all along.

I realize this is all still new and I’m still not sure how to define what I am doing for anyone outside of myself. It’s a deeply personal experiment, an evolution. Now, the things I do for myself at the end of the day are as reliable and supportive as I am expected to be.