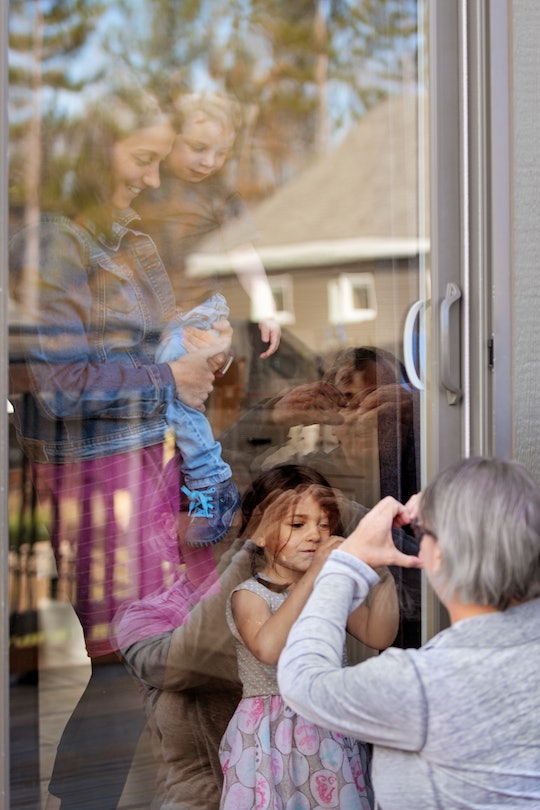 Is It Possible To Convince Unvaccinated Family Members To Get Their Shot?

With the Delta variant of Covid causing a surge in new cases, it’s more important than ever for everyone to get vaccinated.

The divide between the vaccinated and the unvaccinated in the U.S. has been explained by political polarization (there’s an 11% gap in the vaccination rates between counties that voted for Biden and counties that voted for Trump); by regional differences (the five states with the most vaccinated adults are all in New England, while many states in the South have stubbornly low rates); and even by gender (nearly 9.5 million more women than men have been vaccinated in the United States). But what none of those numbers manage to convey is the vaccination divide within families.

For families in which it is the older generation — the grandparents — who have chosen not to get vaccinated, the stress is particularly acute. Older people remain the most vulnerable to Covid-19, along with the immunocompromised, and Covid case rates are again on the rise now that the Delta variant, a more contagious strain of the virus, is the dominant strain in the United States. Unlike past surges of the virus, hospitalizations and deaths are concentrated almost exclusively among people who are still unvaccinated.

Cynthia DeVita-Cochrane, an industrial-organizational psychologist, knows the pain of this kind of family split firsthand. Her mother told her in the spring that she and DeVita-Cochrane’s father weren’t yet planning to take the Covid-19 vaccine. DeVita-Cochrane described her mother as favoring a wait-and-see approach, though the precise rationale was unclear.

After the initial vaccine conversation with her mother earlier this year, which DeVita-Cochrane cut short to avoid an argument, she and her family continued to wear masks around her parents and socialize with them outdoors.

I'm trying not to confront it head-on, because I feel like if I do that, I just end up breaking the relationship.

DeVita-Cochrane said she wasn’t comfortable going over for dinner, or letting her 10-year-old son spend the night. After a summer of continued masking, she said that it’s taken a toll on her and her son, who’s limited his social contacts in order to be able to see his grandparents.

“I feel sick at the thought that he could give them Covid, but I'm going to have to make some hard choices this fall,” she wrote in an email. DeVita-Cochrane said he wants to play baseball, train at an indoor facility, and have play dates with friends. “So does their selfishness mean he has to continue to wear a mask?”

Her parents, she said, have gotten vaccinated for other diseases, so they’re open to vaccines in general. “I think they're steeped in this culture of denial about this disease,” she said.

Disagreements About The Vaccine Are Often Related To Other Family Issues

Disagreements over Covid-19 vaccines and precautions have the obvious potential to create family strife, says Joshua Coleman, Ph.D., a psychologist and senior fellow with the Council of Contemporary Families, and the author of Rules of Estrangement: Why Adult Children Cut Ties and How to Heal the Conflict. “I’ve certainly seen intergenerational conflict when there's differences about the willingness to take the vaccines and the thinking around it,” he says.

Defensiveness over pandemic choices is easy to set off, says Jennifer Taber, Ph.D., a health psychologist and professor at Kent State University, as people have strongly identified with their point of view over the past 18 months. Like so much else in the pandemic, vaccinations have become politicized, which makes the decisions and surrounding discussions extra sensitive. It’s easy for conversations about the vaccine to not really be about the vaccine.

Research in June from the Kaiser Family Foundation showed that 31% of self-identified Republicans would either absolutely not get a Covid-19 vaccine or do so only if required. Only 5% of Democrats were in those two categories.

While Coleman hasn’t seen cases of estrangement stemming directly from disagreements about the Covid-19 vaccination, he said it could be more likely to occur in concert with other issues, such as values differences or political conflict. He described a patient whose parents weren’t vaccinated but whose in-laws were. The resulting discrepancy in interactions created jealousy over the disparate treatment between the two sets of grandparents.

“The interesting thing about these kinds of differences is that they often reveal, or highlight, or exacerbate other kinds of underlying family dynamics,” Dr. Coleman said.

For DeVita-Cochrane, it has been painful to see her parents forgo this opportunity to protect themselves, even as she continued to take precautions around them. “It's really hard to navigate. I'm trying not to confront it head-on, because I feel like if I do that, then I just end up breaking the relationship,” she said.

How To Talk About It (Because It’s Not Too Late)

DeVita-Cochrane is right to be wary but she shouldn’t give up hope. Americans’ overall willingness to get vaccinated against Covid-19 has increased over time, according to a survey by the Kaiser Family Foundation. Notably, it’s the wait-and-see crowd that seems to have been the most open to changing their minds, appearing to move into the “already vaccinated” category over time. Now, vaccination rates may be plateauing — the percentages of committed vaccine-avoiders have stayed stable for months.

The most meaningful persuasive thing you might say would be, “It would mean a lot to me.”

Start by setting clear boundaries around masking, social distancing, and visiting. “You're probably not going to change their mind, but you might be able to change their behavior,” says Coleman.

The experts Romper spoke with said that it was important to bring empathy and respect to the conversation, even (or especially) when you disagree. “Try to take it out of the power dynamic [and] sort of express empathy for the parents’ perspective,” says Coleman. He also recommends trying to keep other issues out of any vaccine conversations adults have with their parents. Keep the discussions brief since, as he points out, “they're either going to change their behavior or accept your terms.”

Leaning on the relationship — without being coercive — might work the best, says Coleman. “The most meaningful persuasive thing you might say would be, ‘It would mean a lot to me.’”

Joshua Coleman, Ph.D., a psychologist and senior fellow with the Council of Contemporary Families, and the author of Rules of Estrangement: Why Adult Children Cut Ties and How to Heal the Conflict