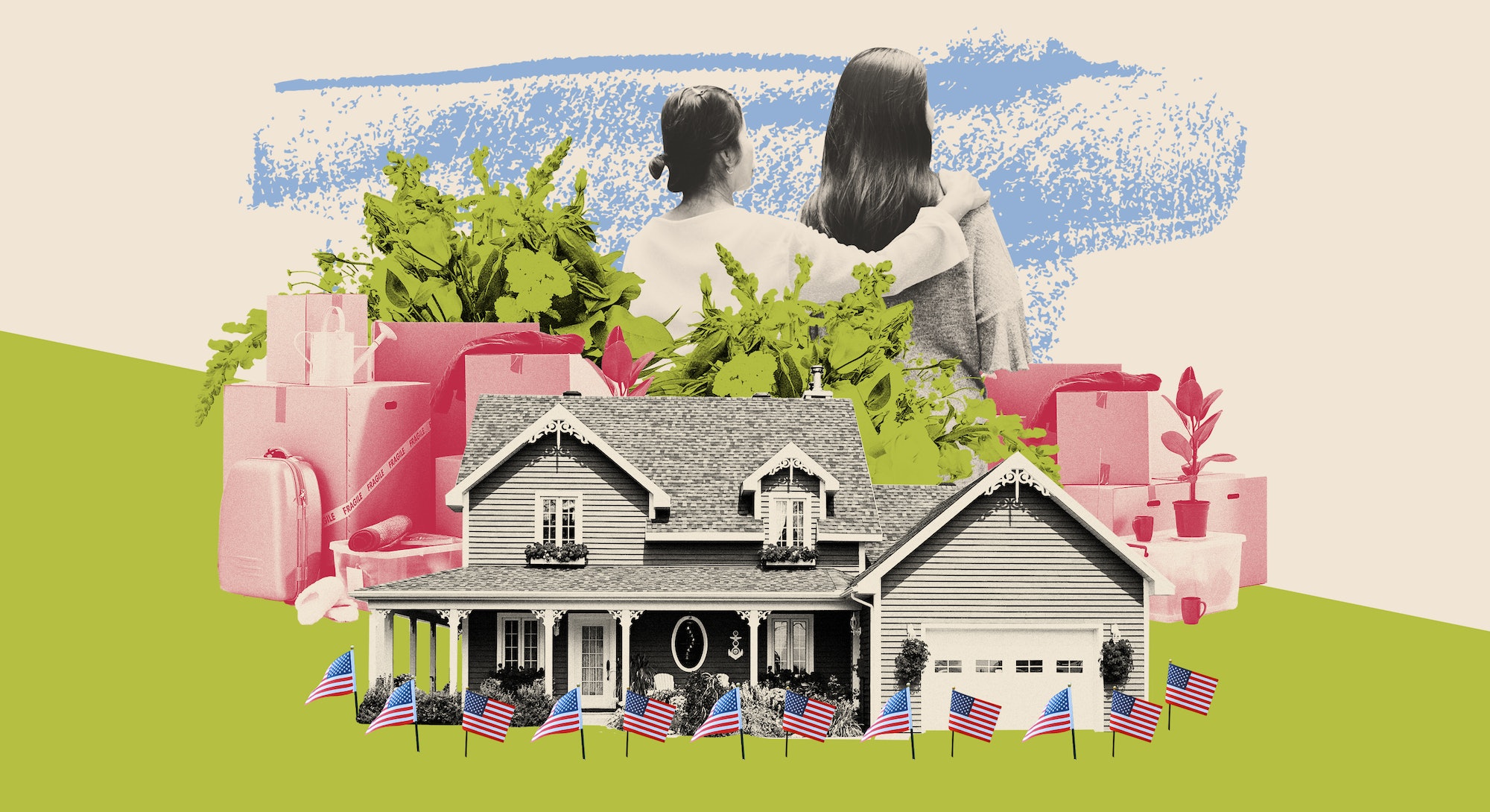 If I hadn’t moved in with my South Asian parents at 28, I would have missed out on so much joy.

The first time I moved out of my family home for college, I waited for my South Asian parents to break down in tears the way parents often did on American television, somewhere between unpacking a polka-dot dorm bed-in-a-bag and making that first dining room card swipe to ensure my meal plan was indeed intact. But all I remember from college move-in day was a pat on the back, a whispered “I love you,” followed by an “OK, we’ll see you next weekend!” And boy, did my folks keep their word.

The second time I moved out of my family home, it was about two years after college graduation. I’d joined the local newspaper for my first big-girl media job, and I was ready for some individual financial responsibility. This concept made little sense to my Indian father, who had repeatedly denied pleas from my brother and me to take up jobs as teenagers. He would remind us again and again that if we ever needed or wanted something, all we had to do was ask. Any extra time we had, he said, should be spent on bettering ourselves for the future, a different kind of pressure most immigrants and next-gen kids know well.

My family has known poverty and what it means to barely make it in this country as outsiders, but at nearly every stage of my life, we’ve shared roofs with extended family — great uncles and aunts, grandparents, cousins, people who may not even have been blood. We always had family to take us in when our parents worked double shifts during their med school residencies or when we needed temporary loans to find a rental in a top-rated school district. And now that we’ve tasted prosperity, my parents are committed to sharing the newfound wealth they worked their bodies to the bone for.

But watching my American high school and college friends work retail in the evenings and through the summer, alongside full class schedules to pay for housing or for college or just to have some money for themselves, I always felt I was years behind. I feared I would be ill-equipped for the so-called real world. As someone who didn’t come from wealth, I felt I, too, should have been trying to juggle work and school and find my own financial footing and, frankly, that I should have been more excited about the prospect of doing it all without my parents in the next room over.

I remember having lunch with a colleague and joking about how my father had such a major emotional meltdown when I told him I was moving out now that I could support myself that he threatened to give away our then 8-year-old rescue mutt, who he’s absolutely more attached to than is anyone else in the house. My mother, who grew up in Pakistan and in a culture where women solely floated between their fathers’ homes and their husbands’, had some trouble with the news, too. My colleague laughed in disbelief; she couldn’t imagine her parents wanting her home for so long, nor could she imagine wanting her own adult kids lingering around while they each had their own full-time jobs.

I’d hear co-workers tell jokes about undateable men and women still living in their mothers’ basements and only partially understood the humor...What if they just wanted to be around family because family made them happy?

Over the years, I’ve heard similar sentiments from American acquaintances and friends. Some rightfully itched to leave toxic households, but many others simply wanted out because of an invisible pressure to succeed on their own two feet. I’d hear co-workers tell jokes about undateable men and women still living in their mothers’ basements and only partially understood the humor. Were these people supporting their parents? Were they saving up for a house or business? Were they in debt or between jobs? What if they just wanted to be around family because family made them happy?

The stigma of moving back in with family as an adult feels so uniquely American. In Italy, for example, Karen Fingerman, a human-development and family-sciences professor at the University of Texas at Austin, told The Atlantic last year that 67% of 25- to 29-year-olds were living with their parents in 2018, and not just because of housing unavailability; grown children and parents alike tend to find the arrangement rewarding. In other collectivist societies, including my own Indo-Pak Muslim culture, it’s more uncommon to leave home if you’re single — and especially if you’re a single woman — than it is to stay, even if you’re financially stable and thriving. In fact, leaving home might even feel like a rejection to your parents, the way it still seems to make my own father feel.

Just before the pandemic forced much of the country into a lockdown in early 2020, after quitting my job to pursue independent work and look after my health, I, as millions of other adults aged 18-29 soon would, had moved in with my parents. But, while I felt it was a sound decision, I struggled with the idea of moving back home. The voices of former classmates, colleagues, dates, and even former professors who often encouraged the pull-yourself-up-by-the-bootstraps, girl-boss mentality made me feel smaller somehow. So I gave myself a six-month deadline to figure out another living situation.

I can’t help but think about how, if I had let that learned shame of trying to get through my worst days on my own keep me from asking for a roof and emotional support when I needed it most, I would have missed out on the simple joys and comforts of just being around family.

Six months have now turned into two years, and as I gear up to move out for the third time in my adult life, I can’t believe how much I undervalued this time. I can’t help but think about how, if I had let that learned shame of trying to get through my worst days on my own keep me from asking for a roof and emotional support when I needed it most, I would have missed out on the simple joys and comforts of just being around family.

I would have missed out on learning how to swim with my dog, chatting and dining with my sweet grandparents, and playing basketball and table tennis with my folks. I would have missed out on having my younger brother home from law school after his classes went virtual and getting to binge-watch our favorite shows and order our favorite Sichuan takeout, all the while balancing work and school.

The past two years haven’t always been as lovely as sunshine and Dada’s fresh-cut fruit, but I know that it is a privilege to have a family that feels like family, and to have a roof I can rely on when I’m near drowning. And in the future, I hope I continue to remember not to take coming back home for granted, no matter my age, or how American society feels about it.