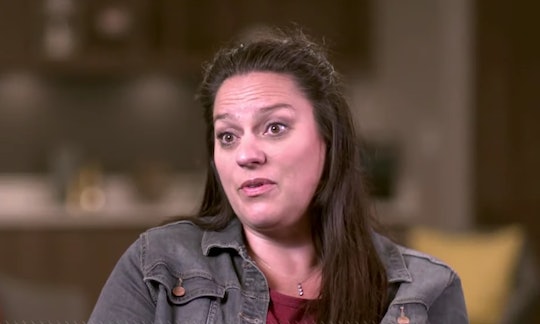 “I thought, this little girl has a mom somewhere that doesn’t realize she’s having a breakdown.”

An Idaho middle school teacher who disarmed a school shooter earlier this month has opened up about how she convinced the 6th-grade student to put down the gun and accept a hug. In an exclusive interview with ABC News, Krista Gneiting said she felt compelled to hug a young girl who’d shot and injured three people when it became clear the girl was having a breakdown.

“It was a little girl and my brain couldn't quite grasp that," Gneiting told ABC News of the 6th-grade student who brought a handgun to Rigby Middle School on May 6 and opened fire. "I just knew when I saw that gun, I had to get the gun." According to Reuters, two students and a janitor suffered non-life-threatening injuries in the Rigby Middle School shooting.

Gneiting was inside her classroom with students when she heard a gun go off. When she peeked outside her door, the math teacher told ABC News she saw a janitor injured and lying on the floor at the far end of the hallway. As more gunshots went off, Gneiting directed her students to flee to the nearby high school, where they could shelter in place.

Then the teacher turned to help one of the two students who’d been shot and injured. It was then that she saw the shooter: a female 6th-grade student from nearby Idaho Falls. “I looked at her and I just quietly said, ‘Are you the shooter?’” Gneiting recounted to ABC News.

Gneiting said the young girl didn’t fight her when she moved to disarm her. "I just walked up to her and I put my hand over her hand, I just slowly pulled the gun out of her hand and she allowed me to," the teacher said. "She didn't give it to me but she didn't fight.”

Once the girl was disarmed, Gneiting pulled her in for a hug.

“After I got the gun, I just pulled her into a hug because I thought, this little girl has a mom somewhere that doesn't realize she's having a breakdown and she's hurting people," she told ABC News. "The girl started talking to me and I could tell she was very unhappy. I just kept hugging her and loving her and trying to let her know that we're going to get through this together."

When police arrived, Gneiting calmly explained to the girl how police would be taking her into custody, enabling officers to detain the child without incident. "I do believe that my being there helped her because she calmed down," Gneiting told ABC News.

Gneiting isn’t the first educator to disarm and hug a young school shooter. Video of Oregon high school coach Keanon Lowe disarming and hugging a teenager with a shotgun at Parkrose High School went viral in May 2019. According to Oregon Live, attorneys representing the teenager have said he was in the midst of a mental health crisis and had intended to end his own life at the school when Lowe intervened, effectively saving him and potentially others.

In a 2019 interview with ESPN, Lowe said the teen broke down as he disarmed him and told him he didn’t want to hurt anyone but himself. “He goes on to say, ‘Nobody cares about me,’” Lowe said. “And I told him I cared about him. I think he needed a hug more than he needed to be tackled to the ground.”

For both Gneiting and Lowe, compassion proved a better method of disarmament than violence.