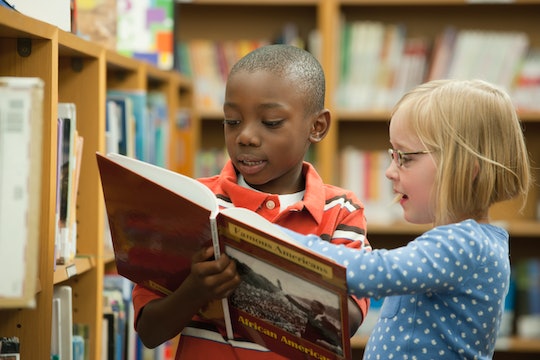 “Students from all backgrounds need to learn about the history of people from different cultures and ethnicities to help them understand the systemic inequities that exist today.”

“Today, we are reaffirming our commitment to creating more inclusive classrooms by making Illinois the first state in the nation to require Asian American history be taught in public schools,” Pritzker wrote when announcing he had signed the TEAACH Act on Twitter. “We are setting a new standard for what it means to truly reckon with our history. It’s a new standard that helps us understand one another, and, ultimately, to move ourselves closer to the nation of our ideals.”

According to the law, schools must adjust their curriculum to include Asian American history before the 2022-2023 school year. Additionally, schools will be required to teach students about the contributions Asian communities have made to the United States’ economic, cultural, social, and political development. Students will also learn about the contributions individual Asian Americans made in government, the arts, humanities, sciences, and toward advancing civil rights.

State officials hope the new law will help combat prejudice and false stereotypes against Asian Americans. “The TEAACH Act helps create a more inclusive and comprehensive understanding of American history for all students in Illinois and helps fight anti-Asian racism and xenophobia,” Illinois State Rep. Jennifer Gong-Gershowitz, who introduced the bill, said in a statement released earlier this year.

The bill’s co-sponsor, State Sen. Ram Villivalam, has said he also sees the law as an opportunity to open children’s eyes to systemic inequities. “Students from all backgrounds need to learn about the history of people from different cultures and ethnicities to help them understand the systemic inequities that exist today,” he said in a statement.