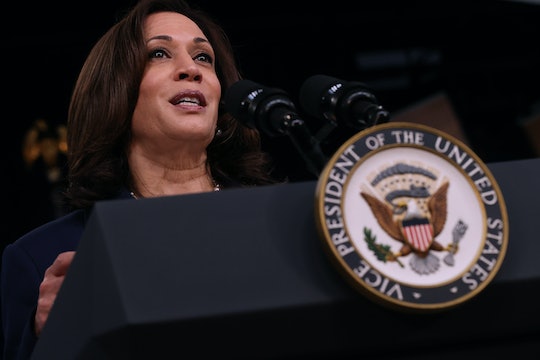 With the highest maternal mortality rate in the developed world, the United States is undoubtedly facing a maternal health crisis — one which disproportionately affects Black women. In an effort to improve America’s Black maternal health outcomes, Vice President Kamala Harris has called for urgent action in curbing racial inequities in pregnancy and childbirth.

“With every day that goes by and every woman who dies, the need for action grows more urgent,” Harris said in an exclusive interview with STAT News.

Since the U.S. Centers for Disease Control and Prevention (CDC) launched its Pregnancy Mortality Surveillance System more than 30 years ago, the number of pregnancy-related deaths has steadily risen from 7.2 deaths per 100,000 live births in 1987 to 17.3 deaths per 100,000 live births in 2017. But while all women face at least some risk, Black women face disproportionately high rates of maternal mortality. According to the CDC, Black women are at least three times more likely to die during pregnancy than white women.

“Black women deserve to be heard and treated with dignity and respect throughout pregnancy, childbirth, and the postpartum period,” Harris told STAT News. “And when they aren’t, whether or not they’re a member of my family, it affects me. It affects all of us, our communities, and our country.”

The vice president, who recently held a roundtable at the White House on Black maternal health, was clear in naming systemic disparities and implicit bias in health care as two of the main reasons Black women often receive inadequate and unequal maternity care. “Our administration is speaking truth about what causes these disparities,” she said. “It’s devastating — all the more so because 60% of these deaths are preventable.”

Harris isn’t the only one in the White House looking to improve Black maternal health outcomes. Last week, President Joe Biden issued a historic proclamation to mark Black Maternal Health Week. In it, he called on others to recognize the importance of addressing the country’s ongoing Black maternal mortality crisis and the various factors driving it.

“Our Nation must root out systemic racism everywhere it exists, including by addressing unequal social determinants of health that often contribute to racial disparities such as adequate nutrition and housing, toxin-free environments, high-paying job sectors that provide paid leave, and workplaces free of harassment and discrimination,” he wrote. “Addressing systemic barriers across the board will improve outcomes for Black mothers and their families, and make our entire country stronger, healthier, and more prosperous.”

“All the work we do is interconnected — and will help ensure that race is no longer a factor in determining health outcomes,” Harris told STAT News. “In this White House, I promise you that Black women will always be heard.”