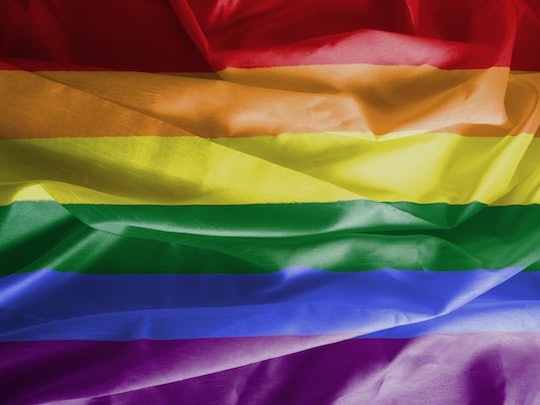 1 In 6 Gen Z Adults Identify As LGBTQ+, According To A New Poll

Over the years, research has found the number of Americans identifying as LGBTQ+ has steadily risen. Today, one in six adults in Generation Z identifies as LGBTQ+, according to new data from Gallup, an uptick researchers say could be attributed to younger generations being more open-minded.

"One of the main reasons LGBT identification has been increasing over time is that younger generations are far more likely to consider themselves to be something other than heterosexual," Gallup's most recent report noted. "This includes about one in six adult members of Generation Z," which Gallup noted included people who fell between the ages of 18 and 23 in 2020.

To reach these findings, Gallup surveyed more than 15,000 U.S individuals over the age of 18 in 2020. Researchers found 86.7% identified as heterosexual and 5.6% identified as LGTBQ+, while 7.6% preferred not to answer questions about their sexual orientation. In 2017, the last year Gallup conducted a similar survey, 4.5% of adults said they identified as LGBTQ+, meaning LGBTQ+ identification has risen 1.1% in the last three years and roughly 2.1% since 2012, the first year a Gallup conducted its poll.

Of all the generations surveyed, the poll found Generation Z adults were more likely than any other to self-identify as LGBTQ+.

This isn't the first time Gallup has attributed a rise in the nation's LGBTQ+ identification to younger generations. Following its 2017 survey, Gallup concluded, "the expansion in the number of Americans who identify as LGBT is driven primarily by the cohort of Millennials," noting the percentage of LGBTQ+ identifying Millennials had jumped from 7.3% in 2016 to 8.1% in 2017. In 2020, that number jumped again to hit 9.1%.

Adversely, Gallup has found older generations are less likely to identify as LGBTQ+. Just over 91% of Baby Boomers, a generation defined as people being 56 and older in 2020, reported identifying as straight while just 2% identified as LGBTQ+. Similarly, nearly 90% of Traditionalists, the oldest generation surveyed by Gallup, identified as heterosexual with 1.3% reporting they were LGBTQ+.

Still, Gallup has said it expects the number of U.S. adults who identify as LGBTQ+ to continue to grow as more and more members of Generation Z age into adulthood. "At a time when Americans are increasingly supportive of equal rights for gay, lesbian and transgender people, a growing percentage of Americans identify themselves as LGBT," Gallup's report noted. "With younger generations far more likely than older generations to consider themselves LGBT, that growth should continue."