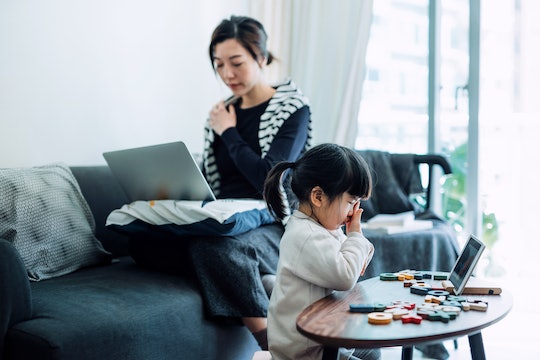 “We need to normalize employment gaps on the profile to help reframe hiring conversations.”

It is a source of anxiety for many a parent re-entering the workforce: résumé gaps. How exactly does one explain months or even years of “unemployment” to a potential employer? It might be getting a little bit easier now that LinkedIn is adding “stay-at-home mom,” “stay-at-home dad,” and “stay-at-home parent” as job titles on the platform.

Millions of job seekers will find this information relevant. In 2018, according to research from the Pew Research Center, approximately 18% parents in the United States were “stay-at-home parents” at some point. That number goes up considerably if you look exclusively at mothers — 27% — while stay-at-home dads lag behind at 7%, which has increased in recent years (in 1989 for example, a scant 3% of dads stayed home by choice).

These statistics are, of course, pre-COVID. Numbers from the U.S. Bureau of Labor Statistics show that the pandemic has disproportionately affected women’s employment. In October 2020, there were 2.2 million fewer women in the workforce than at the same time the year before. In December 2020, women accounted for all job losses. Research from the Rand Corporation shows that women with children have born the brunt of the most profound job losses. The Center for American Progress has suggested that this turn of events could “set gender equality back a generation.”

Moving forward, those who have bowed out of the workforce — whether by choice or due to pandemic considerations — and wish to return to paid employment will be in a position to explain this gap. Previously on LinkedIn, pre-populated fields did not offer any option for stay-at-home parents. But moving forward, “caretaker,” “homemaker,” “mom,” and “dad” will also options, according to TODAY.

In an interview with Fortune, Bef Ayenew, LinkedIn’s director of engineering, stated that these titles would serve as “a stopgap solution,” until the company could incorporate more comprehensive changes for more flexible digital résumés. Future plans include separate résumé sections for employment gaps, 10 different hiatus classifications, from “family care leave,” to “sabbatical,” and a field for gender pronouns.

Ahead of LinkedIn’s changes, Heather Bolen called on the company to “remedy its implicit bias against women” in an essay on Medium titled “How A Simple Platform Fix Can Help Millions Of Women Trying To Re-Enter The Workforce.” She argued, in part, that the lack of pre-populated options for stay-at-home parents allows “[prevents] meaningful conversations about workplace policies that could better support the hiring, productivity, job satisfaction, and retention of employees who are also primary caretakers.”

While some may be wary of including a child care hiatus on their résumé, a study from Vanderbilt Law School found that when women were honest and upfront about their child care related résumé gaps, employers were more likely to hire them as opposed to individuals who did not address the gap by up to 40%. Ultimately, Aynew told Fortune he hopes that these changes on LinkedIn, as well as others to come, will help “normalize employment gaps on the profile to help reframe hiring conversations.”