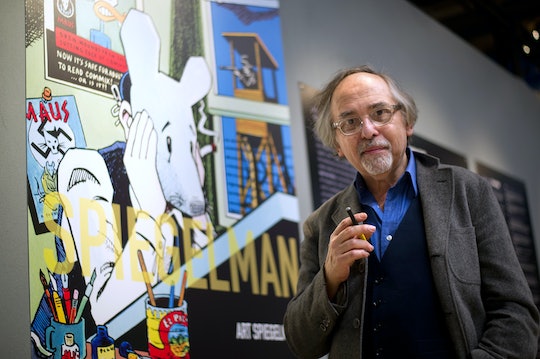 The board’s decision stemmed from their objection to the eight instances of profanity in the book and the naked depiction of one character.

A Tennessee school board has voted unanimously to bar teachers from using the Pulitzer Prize-winning graphic novel Maus, which depicts the experience of Polish Jews during the Holocaust, in their lesson plans. Most members of the McMinn County School Board reportedly found fault with eight utterances of profanity in the novel as well as an illustration depiction of nudity. The novel’s author, who drew on his family’s own experience in the Holocaust to create Maus, has said he is “baffled” by the school board’s decision.

“I’m kind of baffled by this,” Art Spiegelman told CNBC of his book being removed from the district’s curriculum. “It’s leaving me with my jaw open, like, ‘What?’”

In discussing the novel during a Jan. 10 meeting, members of the McMinn County School Board zeroed in on some curse words that appear in the book and an image that depicts a female mouse as naked. “We are here because some people objected to the words and the graphics used in the book,” notes from that meeting record school board member Rob Shamblin as having said.

“We don’t need this stuff to teach kids history,” board member Mike Cochran was recorded as having said. “We can teach them history and we can teach them graphic history. We can tell them exactly what happened, but we don’t need all the nakedness and all the other stuff.” (The nudity the board members reference involves an illustration of the author’s mother being found dead by suicide in a bathtub.)

At least one member of the board, however, objected to the novel depicting the brutal killing of Jews that occurred during the Holocaust. “We don’t need to enable or somewhat promote this stuff,” board member Tony Allman is reported to have said. “It shows people hanging, it shows them killing kids. Why does the educational system promote this kind of stuff? It is not wise or healthy.” Allman also objected to Spiegelman having previously drawn cartoons that were published in Playboy.

Ultimately the 10-member school board voted unanimously in favor of removing the award-winning graphic novel (Maus won the Pulizter in 1992) from the district’s eighth-grade language arts curriculum.

“They're totally focused on some bad words that are in the book,” Spiegelman told CNN of the board’s decision. “I can't believe the word 'damn' would get the book jettisoned out of the school on its own.”

On Wednesday, the U.S. Holocaust Museum argued Maus has “played a vital role in educating about the Holocaust through sharing detailed and personal experiences of victims and survivors” in a statement shared over Twitter.

“On the eve of International Holocaust Remembrance Day, it is more important than ever for students to learn this history,” the museum continued. “Teaching about the Holocaust using books like Maus can inspire students to think critically about the past and their own roles and responsibilities today.”

The decision to yank Maus from the eighth-grade curriculum at McMinn County Schools comes as a number of school districts across the country attempt to ban books and teaching on race, racism, LGBTQ+ issues, and more.