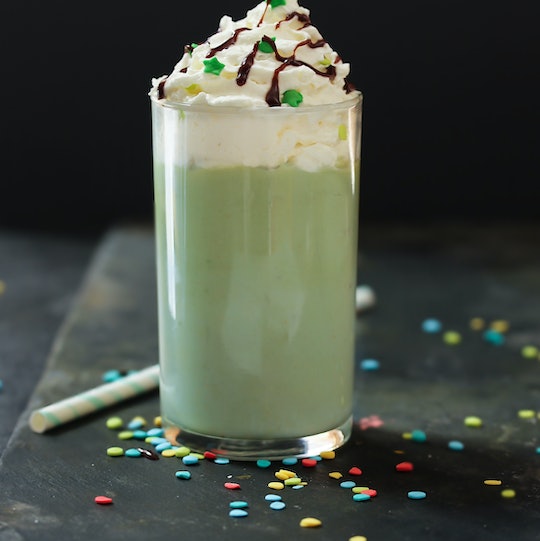 Here's Exactly When McDonald's Shamrock Shakes Will Be Back This Season

As if the perfect french fries and the dollar menu weren’t enough, you now have another reason to visit the golden arches. Yes, the luck of the Irish is with us, because McDonald’s® Shamrock Shake and OREO Shamrock McFlurry are back nationwide starting on Feb. 21.

With a loyal following, the Shamrock Shake has been a part of the McDonald’s seasonal menu (albeit with a brief hiatus in the ‘90s) for over 50 years. In the ‘70s, as Vox reported, some accounts say the shake contained lime flavoring to justify its green coloring, but if that sounds weird (it does) rest assured that citrus is not part of the current recipe.

And as someone who firmly believes that green mint chocolate chip ice cream is far superior to the same flavor made using white ice cream (even if, okay, they taste exactly the same) part of the allure of the leprechaun-approved shakes is their minty green color that just feels like spring is coming. If you’re sad to see that pastel green disappear after you finish your shake, you’ll be happy to know that McDonald’s has shared “the secret ingredient” that makes this shake so pretty; its hex code (a code that makes unique colors in HTML) is #cbf2ac, and if you can’t get enough, the restaurant’s Twitter account is allowing fans to make their own art using the color code and drop it in the replies.

Starting on Feb. 21 at participating McDonald’s locations, you can say top of the mornin’ (or afternoon or evening) to the Shamrock Shake OREO Shamrock McFlurry , and while no one knows for sure when it will vanish from the menu, it will likely be there through St. Patrick’s Day, which is Mar. 17. And you’ll want to go one before it goes, because let’s be real, it’s a lot more appetizing than a beer dyed green.