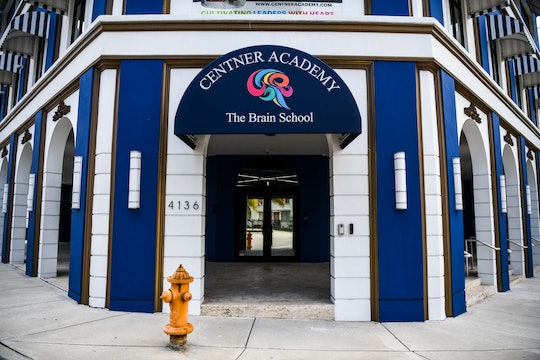 If faculty and staff get vaccinated against COVID-19, they won’t be allowed to return to their jobs when classes resume in the fall.

While a number of schools around the country have sought to help their faculty and staff obtain COVID-19 vaccines, one school in Florida is actively warning its employees against them. Centner Academy, a private school in Miami, has barred teachers who’ve been vaccinated against COVID-19 from physically interacting with students and said they won’t be allowed to return to their jobs when classes resume in the fall.

In a letter distributed to faculty and staff late last week, Centner co-founder Leila Centner said it was with “a very heavy heart” that she announced the school would not allow anyone who obtained a COVID-19 vaccine to return to their job until clinical trials were fully completed in 2022 or 2023. And that's only if the school hasn’t filled the vacancy.

“If you want to get the vaccine, please wait until the school year ends,” Centner wrote in the letter, a copy of which was shared by Centner Academy with Romper via email. “You will not be able to return to school until clinical trials are complete (if a position is still available at that time).”

In a conference call with staff — a video of which was obtained by CBS Miami — Centner told staff who wanted to obtain COVID-19 vaccines that she was “not OK” with them being at this school and that Centner “is not going to be the right school for you.”

Faculty and staff who had already received a COVID-19 vaccine, or who planned to receive one before the school year ended, were told to notify the school immediately and maintain a physical distance from students. “We cannot allow recently vaccinated people to be near our students until more information is known,” Centner wrote in her letter.

In a statement shared with Romper, Centner cited a number of false claims about COVID-19 vaccines, including arguments that they are not safe and that “those who have received the injections may be transmitting something from their bodies to those with whom they come in contact.” Centner also claimed that “anecdotally, tens of thousands of women all over the world have recently been reporting adverse reproductive issues simply from being in close proximity with those who have received any one of the COVID-19 injections.”

A spokesperson for Centner and Centner Academy declined to provide sources for Centner’s claims when asked. “Until more is known, we must err on the side of caution when it comes to the welfare of our students and the school team,” Centner said in a statement to Romper. “There are too many unknown variables for us to feel comfortable at this current time.”

Scientific studies have shown the COVID-19 vaccines are safe and effective at preventing serious illness from the virus and, in many cases, from preventing the vaccinated individual from contracting the virus to begin with. Additionally, medical experts have maintained that none of the vaccines change or interact with the DNA of the individuals receiving them. Claims the vaccines are causing infertility or have resulted in a surge of miscarriages have also been debunked.

Centner’s new policy on COVID-19 vaccines has sparked mixed reactions among parents. In comments to Local 10 News, one parent said they were “flabbergasted” by the new policy while another said they thought the school’s stance was “more than dangerous.”

Florida State Sen. Jason Pizzo, who oversees the district where Centner Academy’s two campuses are located, described the school’s new policy as “beyond the pale” on Twitter. He later expanded on his opinion in a statement to CBS News.

“It’s absolute lunacy and it goes against everything that’s well understood and well accepted in the scientific community,” he said. “To go ahead and to basically threaten faculty and staff members that if they are vaccinated, or to make up some idea that there are some unnamed disease that’s transmitted that’s affecting people’s menstrual cycles and provoking and invoking miscarriages, is beyond bizarre.”

When asked about the policy during a Tuesday press briefing, White House Press Secretary Jen Psaki stressed that COVID-19 public health guidelines, which include recommendations to get vaccinated, were established by medical experts.

“Obviously, our objective is continuing to convey that it’s important to abide by public health guidelines,” Psaki said. “That they’re in place for a reason; that they are not done through a political prism — they are done by medical experts, by health experts; intended to keep children safe, keep parents safe, keep teachers safe, keep communities safe, which is why we recommend people abide by them.”