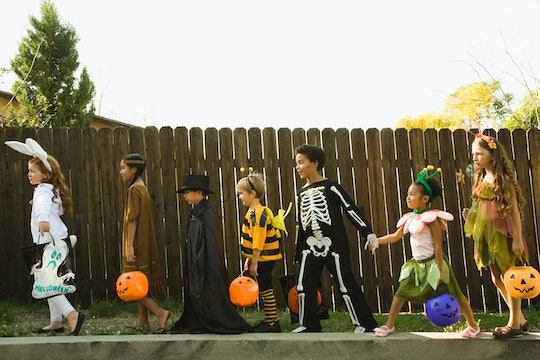 Why A Michigan School District Has Canceled Halloween & Valentine’s Day

Elementary schools within the East Lansing Public School District will no longer celebrate Halloween or Valentine’s Day due to concerns about inclusivity.

“The celebration of Halloween and Valentine's Day are two traditions that have given us pause for some time, especially as we grow in our understanding of equity and inclusion and look closely at the unintended consequences of celebrating these days in school,” the district’s team of elementary school principals wrote in a letter to parents obtained by PIX11. “The ELPS administration has decided not to celebrate Halloween or Valentine’s Day in our elementary schools moving forward.”

In its letter to parents, the district claimed there were families who do not celebrate Halloween or who do not feel comfortable with their children participating in Halloween-related activities. Some of these families keep their students home or pick them up early on Halloween day. The holiday can also leave some younger children overwhelmed and frightened by those who don costumes at school or make children who don’t have a costume feel excluded or left out, the district noted.

“It is often difficult for children to concentrate and learn on Halloween, making it challenging for teachers to teach,” the letter read.

School-sanctioned celebrations of Valentine’s Day, which can include parties and the exchange of Valentine’s Day cards, had also given the district’s elementary school principals pause as previous valentine exchanges had caused drama and teasing among students.

“While some students bring valentines to exchange others do not,” the letter read. “Some families and students do not feel comfortable with the idea of boys and girls exchanging valentines or participating in a celebration that focuses on ‘love.’”

But East Lansing Public Schools isn’t the only district to put an end to school celebrations of certain holidays. According to WLNS, Hayes Intermediate School in Grand Ledge, Michigan, has also announced plans to cancel school-sanctioned Halloween, Valentine’s Day, and Christmas parties. Hayes Intermediate School said it would instead spend the time focused on cultural lessons and activities.

Similarly, Benjamin Franklin Day Elementary School in Seattle, Washington, announced earlier this month that it was canceling the school’s annual “Pumpkin Parade,” an event that saw students parade through the school in costume, and instead asking students not to wear costumes on Halloween. A spokesperson for Seattle Public Schools told KTTH the school’s Racial Equity Team made the decision to cancel the “Pumpkin Parade” after realizing the event “marginalizes students of color.”

“Historically, the Pumpkin Parade marginalizes students of color who do not celebrate the holiday,” the spokesperson said. “Specifically, these students have requested to be isolated on campus while the event took place. In alliance with SPS’s unwavering commitment to students of color, specifically African American males, the staff is committed to supplanting the Pumpkin Parade with more inclusive and educational opportunities during the school day.”

Back in East Lansing, Mayor Jessy Gregg sought to dispel rumors the city of East Lansing would be following in the footsteps of East Lansing Public Schools and canceling Halloween events or other holiday happenings. “A mention of me in the City Pulse article on the subject has led some people to believe that the City is planning to something similar so I would like to clear that up,” Gregg wrote in a statement shared over Facebook. “I have mentioned to several staff members that I think our seasonal programs would be more welcoming if we didn't include things like pictures with Santa or the Easter Bunny. Yes, Christmas and Easter have become mainstream commercial holidays but they are religious traditions and including them in City-sponsored programs makes those events unwelcoming to large segments of our population.”

“We can host a beautiful winter-themed festival without including religion,” Gregg continued. “No events are being canceled.”

More Like This
Macy’s Thanksgiving Day Parade Has Been Delighting Families Since 1924
21 Christmas Movies To Watch On Netflix This Holiday Season
If Your Kids Love Their Elf, You Don't *Have* To Put Him Away On Christmas
20 Ways To End Your Elf On The Shelf For Good