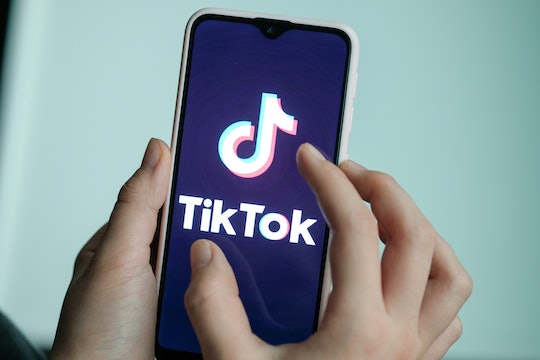 A 16-year-old girl used hand signals promoted on social media to indicate "violence at home — I need help" to alert nearby bystanders that she was in danger.

A teen reported missing by her parents was rescued from the man holding her captive after she used hand signals promoted on social media to indicate to passing bystanders that she needed help escaping violence. Police in Kentucky said a 16-year-old North Carolina girl being transported across multiple state lines by a 61-year-old man used hand gestures she’d learned on TikTok to signal distress to other motorists who then alerted authorities.

Laurel County 911 dispatch operators received a call regarding a juvenile in distress at roughly 12:33 p.m. on Nov. 4, according to a statement from the Laurel County Sheriff’s Office. “The complainant was behind the vehicle and noticed a female passenger in the vehicle making hand gestures that are known on the social media platform "Tik Tok" to represent violence at home – I need help – domestic violence,” the sheriff’s office said. “The complainant advised 911 that the female appeared to be in distress.”

To the uninformed eye, that potentially life-saving hand gesture may look like a childlike wave. But to those who know, the act of holding up one hand with your palm facing out and them tucking the thumb in against the palm before closing the four fingers over the thumb signals a need for help. The distress gesture was first introduced in April 2020 by the Canadian Women’s Foundation as a means of giving those experiencing domestic abuse a silent but direct way of signaling they need help.

As other organizations began promoting the distress hand signal, information educating people on the gesture landed on TikTok and other social media networks, including YouTube. And thankfully for this teen at least one person driving along the same interstate knew of the gesture and the message it was meant to convey.

“We don’t know how long coming down the interstate from Ohio that she had been doing this to other motorists hoping that they would notice that she was in distress, but finally someone did recognize,” Laurel County Sheriff's Deputy Gilbert Acciardo told WYMT.

According to police, the individual who called 911 continued to follow the vehicle the teen girl was traveling in order to provide law enforcement with updates on the car’s location until police could intervene. When the vehicle exited the interstate, officers from the Laurel County Sheriff’s Office conducted a traffic stop during which they learned the teenage passenger had been reported missing by her parents in North Carolina early Nov. 2.

“The female juvenile told Sheriff's investigators that she had gotten with the male subject and traveled through North Carolina, Tennessee, Kentucky and into Ohio where the accused had relatives,” the Laurel County Sheriff’s Office said in a statement. “When the male subject’s relatives realized that the female in his custody was underage and reported missing, the accused left Ohio traveling southbound and the female juvenile then began attempting to get motorists attention to call 911.”

Police reported discovering a phone in the male driver’s possession that allegedly contained media which portrayed a juvenile female in a sexual manner. The 61-year-old man alleged to be holding the teen captive was arrested and charged with unlawful imprisonment in the first degree and a first offense of possession of matter sex performance by a minor over the age of 12 but under age 18.

More Like This
Kate Winslet Shares Why She Thinks Kids Shouldn't Have Smartphones Or Be On Social Media
The Purple Wiggle Is A Total Thirst Trap & Moms Are Drinking Him Up
Parents Have Thoughts After Court Orders Nursing Mom To Use Bottle In Custody Dispute
6-Year-Old Boy Has Zero Regrets After Ordering $1,000 Worth Of Food On Grubhub
What Parents Are Talking About — Delivered Straight To Your Inbox