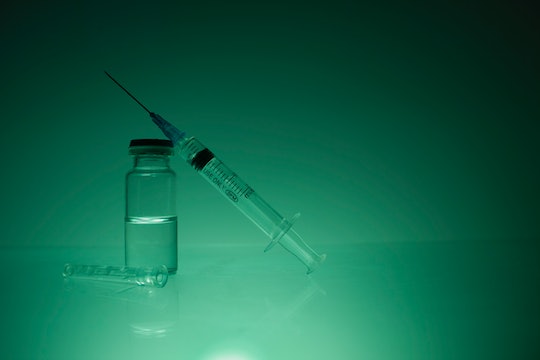 Family Calls Out The Unvaccinated After Mom Dies of Covid-19: “The Cost Was Her Life”

“She was vaccinated but was infected by others who chose not to be.”

The family of an Illinois mother who, despite being fully vaccinated, died from Covid-19 earlier this month, has used her obituary to send a message to those who’ve chosen to remain unvaccinated against the virus. Candace Ayers’ family said the 66-year-old mother and grandmother had gotten fully vaccinated against Covid-19 in March but came down with a breakthrough case over the summer that eventually led to her passing. They have urged unvaccinated individuals to get vaccinated in an effort to better protect immunocompromised people like their late mother.

“Candace Cay (Kruger) Ayers, 66, of Springfield, passed away on September 3, 2021 at St. John’s Hospital,” an obituary for Ayers first published in the State Journal-Register read. “She was preceded in death by more than 4,531,799 others infected with Covid-19. She was vaccinated but was infected by others who chose not to be. The cost was her life.”

Ayers’ son Marc told CNN his parents were excited to obtain their Covid-19 vaccines and had had no issue with following recommended social distancing or masking guidelines in an effort to slow the spread of Covid. “We are a family that believes in science,” Marc said. “We believe in masks, and we believe in vaccines. We were ready to get back to normal.”

In July, Ayers traveled to Mississippi with her husband. And although the family had some concerns about the trip due to Ayers’ status as an immunocompromised individual (the 66-year-old is reported to have had severe rheumatoid arthritis), Covid-19 cases and deaths among those fully vaccinated were low. From April 4 to July 17, fully vaccinated individuals accounted for just 8% of Covid-19 cases and hospitalizations and 9% of deaths, according to data from the U.S. Centers for Disease Control and Prevention (CDC).

“We were always the most concerned about her getting it because she was immunocompromised,” Ayers told CNN. “Our worst nightmare came true.”

According to her obituary, Ayers leaves behind her husband of nearly 43 years, two children, and three 5-year-old triplet grandchildren.

While breakthrough cases and deaths like Ayers do happen, studies continue to suggest they are rare. More than 179 million people have been fully vaccinated against Covid-19 in the United States, representing roughly 54% of the country’s population, according to the CDC’s tally. And as of Sept. 7, data reported to the CDC from 49 states and territories showed 14,115 breakthrough Covid-19 cases have resulted in hospitalization or death. In fact, a CDC study released in late August noted unvaccinated individuals were 29 times more likely to be hospitalized from Covid-19 and five times more likely to become infected than those who are fully vaccinated.

Ayers’ son told CNN his family hoped to use the obituary to send a message about how getting vaccinated and following recommended masking guidelines can prevent deaths such as his mother’s. “This all could have been avoided,” he said. “This could have been prevented by a few acts of kindness. They were in a state that had one of the lowest vaccination rates in the country. Getting a vaccine and wearing a mask for others ... had this been done, she would be here today.”