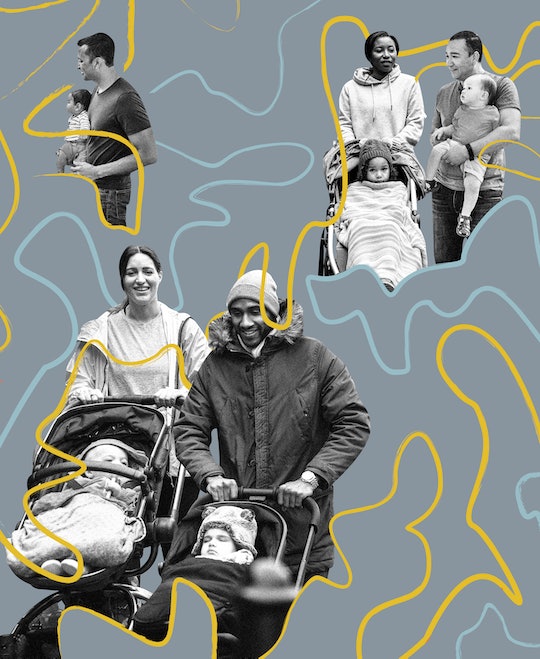 My Best Mom Friend Is A Dad

“I joke sometimes that R is my best mom friend, except I mean it. He’s male. He’s not a mom. But there is no one in my life that fills that role as well as he does.

We met at a book party. Both of us were about to publish our first books. I was nervous and uncomfortable — it was one of the very few nights over the past few years I’d been outside with grownups after dark. I was thinking about leaving when R and I started talking.

Within minutes, we were talking about our kids. At the time, my then 3 year old would instruct my then 2 year old to poop on demand when they were in the bathtub. I’d have to pull them out and drain it, clean it out, then start the bath again from scratch. The kids loved it. They did it off and on for months. I told this story to R because he had kids, too, and we could laugh about it. At one point, a woman came up, not a mom, and she asked us what we were laughing about. We tried and failed to explain why this wasn’t only gross.

R and I started meeting at the playground. My snacks were better. (I can’t cook but I find slicing peppers and cheese immensely pleasing). He always knew where the best public restrooms could be found.

More than five years in, we still text about food. "I’m making a bolognese," he’ll write me in the middle of the afternoon — he freezes it so it’s ready on whatever night in the future, as there is always that night sometime in the future when they have nothing to eat. He no longer follows up by asking what I made. My husband is the cook in our house. Once, I told my children that my dad didn’t cook when I was little and they looked at me, genuinely worried, What did you eat? my older daughter said.

“Grilled cheese or mac and cheese?” R asked the other day, asking what I’d made that day for the children’s lunches.

“Quesadillas!” I said, proud to have another addition to my repertoire of cooked cheese.

That my best mom friend is not precisely a mom feels exactly right to me. Of all the ways I think of that status, there is no one in my life that fills it up as well as he does.

We don’t only talk about our children. We’re both writers. More often than not, we talk about that. But being a writer who is also a parent is its own particular version of being a writer. This year, of course, that’s been further amplified. In general, R and I also agree that parenthood has made us better, not that this is what it does for every writer, but we share a specific kind of gratitude for the fact of being parents, for how it enriches our lives and our work.

I admire how he parents, which feels special and specific. My kids love him. The games he invents during lunch with a gaggle of children have gotten us through innumerable cold or rainy afternoons. Both our husbands travelled often when our kids were little. We didn’t know each other when our kids were first born, but we’ve since swapped all the stories, the terror, that first night it was our job all by ourselves to keep the kid alive and there was no one there to help us — as if our husbands, especially those first weeks, were equipped at all to help us — the strange layers of anger toward the partner who calls from a bar or after a yoga class while you’re home with the baby and they’re out of town for work.

I joke sometimes that R is my best mom friend, except I mean it. He’s male. He’s not a mom. But, as a writer, I am perhaps most interested in the power that words hold inside of them, what happens when we tell stories that force those words to stretch. The word “mom” is used pejoratively as often as it’s used to ally groups of women, as often as it’s used by children to express the facts of their needs or wants.

But “mom” for other moms also means a layer of trust and knowing, of not having to explain your fatigue or the yogurt in your hair or why you haven’t had a coherent thought in months. That my mom friend is not precisely a mom feels exactly right to me. Of all the ways I think of that status, there is no one in my life that fills it up as well as he does.