SPIRIT OF THE HOLS 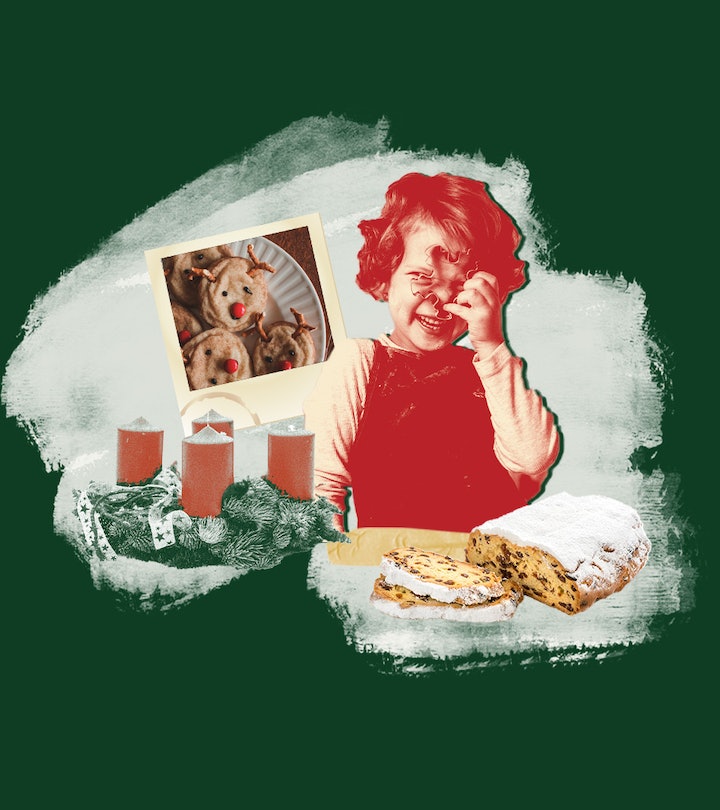 In a religious community, you are handed very old, sometimes ancient, rituals that evoke a sense of meaning. Outside of that, we are left to create our own.

We are in the darkest days of the year. A stand-still time of stark branches in the sky, biting cold, and long nights. Humans have always, it seems, understood this season to be a liminal time, and of course practically — celestially — it is. Celebrations of the winter solstice, the shortest day of the year, span the globe and evidence suggests they have done so for many thousands of years.

In these dark days, I, too, crave the comfort of celebration. I’m only human. But, I also know you can perform the whole Christmas season and come out the other side feeling nothing but deeply drained.

In a religious community, you are handed very old, sometimes ancient, rituals that evoke a sense of meaning. I have a lot of warm affection for religion, for the rich stories we use to order the universe, to name the chaos. Mortality, infinity, and wonder are of limitless fascination for me, but no one religion contains it all enough for me to want to commit personally, or to fully commit my children, who are too young to really grasp the complexity of belief anyway. Outside of religion and outside of consumerism, what is the true meaning of this bustling season? If Christmas isn’t about Jesus — and I don’t want to let it be entirely about getting stuff — what can I tell my kids Christmas is about?

In my wildest winter dreams, I crave a season, spacious like a clear solstice night sky, starred with little rituals. Though my children are only 5 and 1, we already have a few. They’ve crept up, these December traditions I’ve done year after year without intentional repetition. While we decorate the tree, we put on the gloriously scratchy, ad-hoc Beatles’ Christmas records, a tradition inherited from my dad. My children and I bake together as much as we can, because I love to bake and my 5-year-old seems to love it, too. Our cookies are plentiful, messy and over-decorated. We eat them for breakfast and pack them in lunches and give them to everyone.

This year, I am seeking the breath-catching joy of finding yourself suspended — however briefly — in an experience of sacred time.

We weave evergreens around our Advent wreath because I love Advent wreaths (candles and evergreens, what’s not to love?). This year, I’ll honor the tradition with a bit more gusto, saying “no” to plans that interfere with the time each week when we light a new candle and sit in that glow for a bit, together. We’ll read a wintery poem and enjoy the barely-lit, glowy moment for as long as my wiggling children can stand it.

Religious calendars — like the Episcopalian one I was raised with — offer what Mircea Eliade calls a sacred timeline. As Eliade argues in his book, The Sacred and The Profane, these sacred timelines are experienced differently from the “profane” or the secular experience of time. “With each periodical festival, the participants find the same sacred time—the same that had been manifested in the festival of the previous year or in the festival of a century earlier,” he writes. Repeated rituals mark cycles of perpetual return. They give us a taste of the eternal, in soothing opposition to the inexorable forward momentum of the clocks and schedules that mark our school and work lives.

As we move through the month of December, I have thought a lot about this concept of sacred time, and where I might find it — and help my kids find it. I’ve felt for years that something was lacking. Despite our beloved family rituals, I have rushed through this season, stuffing my kids into adorable outfits, hurrying to wrap gifts and be sure we had cookies for Santa and scribbling thank you notes. Slowly slowly, the idea that Christmas had ever been something I looked forward to (let alone a time of flickering wonder or awe) had receded.

This year, I am seeking the breath-catching joy of finding yourself suspended — however briefly — in an experience of sacred time. A taste of the eternal, beyond religion. I want to embrace this season as time out of time, an opportunity for light in the darkness. I may not want to explain the virgin birth, but I want to give my children something sacred that will stay with them. Ritual without religion that will tie them to us, and be a safe and warm place to return to all their lives, wherever belief takes them.

I am on the hunt now for new traditions to add to the ones we gravitate to already. This year we’ll walk a labyrinth in the woods on the winter solstice thanks to my son’s preschool and their traditions, and I just might keep that ritual as our own going forward. After, we’ll admire the lengthening days with a deeper context, having reveled in even the longest and darkest night. I’d love to add a Christmas Day walk in the woods, but with very little kids I know that’s a big maybe.

I have come to realize that the love I share daily with my children feels holy to me, unquestionably sacred. They have given me the sense of being woven into a cycle everlasting. Becoming a mother brought my place in the universe — and the flow of humanity — into sharp, obvious view. Comforting in its simplicity, joyful in its sense of connection.

If this love I have for my children could be called my religion, then time and attention are my daily practice of it. Like many meaning-making practices, this practice is boring and frustrating at least as often as it is transcendent. However, it is also the place where I am most certain that meaning can be found, so I generally return to it without reluctance.

To borrow another word from religious philosophy (I was, if you can’t tell, a religious studies major), the love I feel for my children is my logos— the logic, the order of my universe, the sense in the chaos, blazing light in darkness.

On Christmas Eve, my husband and I will watch the Bill Murray Christmas special while we fill stockings and drink Champagne, as we have done, accidentally, for the past four Christmas Eves.

We will have a fire on Christmas morning, and my mom will come over, glowing with warmth like the day itself, and drink lots of coffee and tell me, so kindly, that my disgusting stollen isn’t so bad. After the kids are in bed, and all the gift wrap has been studiously crumpled into a bag, my husband and I might sneak out to a dive bar like we used to before houses and kids and real jobs, and sip a little more whiskey than we really should.

My hope this year is to carve out space in this crowded, noisy season for the rituals that have become meaningful to me, and spacious time for real renewal. I am wishing for more unhurried moments than usual, moments of quiet reflection, meandering winter walks in the dark, and glowing candles that inspire a wintery wonder in my tiny charges at home.

I hope to show and teach my children that the love we share is at the heart of meaning, and it is always here for the finding — a very human, nonetheless holy, well-spring of hope, comfort and joy.