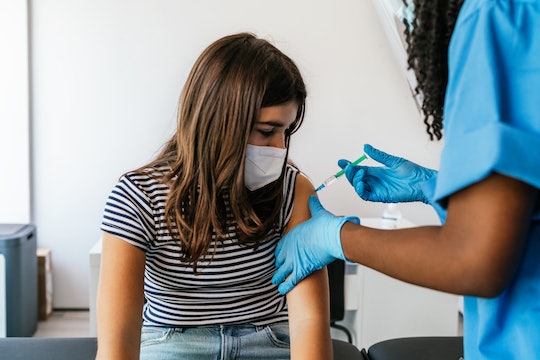 On July 29, the 2nd U.S. Circuit Court of Appeals upheld a lower court’s dismissal of a lawsuit filed by the Children’s Health Defense, Robert F. Kennedy Jr.’s anti-vaxx organization, and families challenging the state’s 2019 vaccination requirements to attend school. That year, New York had eliminated the religious exemption to vaccine requirements for schoolchildren and narrowed eligibility for medical exemptions to meet the guidance of a federal advisory panel. While the plaintiffs argued that the law violated their rights, the appeals panel rejected their argument, writing “the new regulations require requests to comply with evidence-based national standards for the purpose of ensuring that physicians do not recommend medical exemptions in conclusory fashion or for non-medical reasons.”

The guidance is based on the recommendations of the Advisory Committee on Immunization Practices (ACIP). Prior to 2019, a medical exemption could be issued by “any” state-licensed physician. The new guidelines were implemented amid a surge in measles cases in the state. That year, according to the Centers for Disease Control and Prevention (CDC), a total of 1,249 measles cases — traced to 22 measles outbreaks — were reported in the United States, the most U.S. cases reported in a single year since 1992 and the second highest number of reported outbreaks annually since measles was declared eliminated in the United States in 2000.

Most of the 2019 outbreaks were relatively contained, but in New York City, the outbreaks lasted longer and had more associated cases due to low community vaccination rates and the high density of the communities affected. While most of those who contract the measles will not have any long-term problems, cases can be serious enough to required hospitalization even in previously healthy individuals, especially children. According to the CDC, one out of every 1,000 measles cases will develop acute encephalitis, which often results in permanent brain damage, and one to three out of every 1,000 children who become infected with measles will die from respiratory and neurologic complications. The World Health Organization notes that before widespread vaccination for the virus, measles was responsible for more than 2.6 million deaths per year.

Families in the appeal claimed that denial of their exemption claims, particularly medical exemptions as cited by a personal physician, violated their rights under Section 504 the state’s Rehabilitation Act of 1973, which prevents discrimination against persons with disabilities by organizations that receive federal funds. The court ruled that “neither the new regulations nor the enforcement thereof violated the Due Process Clause or the Rehabilitation Act.”

“Plaintiffs' children here were denied medical exemptions not because of their disabilities,” the ruling reads, “but because they admittedly failed to comply with the new procedures, which, as we have concluded above, are reasonably related to furthering a legitimate state objective.”

Sujata Gibson, an attorney for the plaintiffs, said she was disappointed in the decision.

More Like This
Breonna Taylor's Mom Spoke Out About The Four Officers Arrested In Her Daughter’s Death
Dr. Jill Biden Just Delivered Some Frank, But Powerful, Advice On Motherhood
13-Year-Old Makes History As Youngest Black Person To Be Accepted Into Medical School
Georgia Says A Fetus Is A Dependent For Tax Returns At 6 Weeks