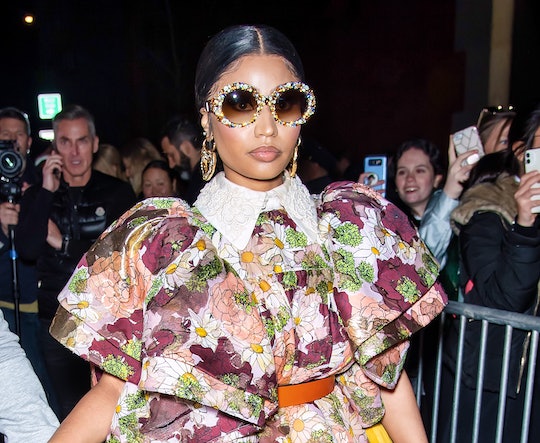 “We wasted so much time yesterday running down this false claim,” Trinidad and Tobago’s health minister said.

Health experts in both the United States and Trinidad and Tobago have pushed back on Nicki Minaj’s claim that Covid-19 vaccines can make men impotent. While discussing why she’d opted against attending the 2021 Met Gala, which required all attendees to be vaccinated against Covid-19, the Trinidad and Tobago-born rapper claimed a cousin living in Trinidad knew someone who’d become impotent as a result of a Covid-19 vaccine. Health experts, however, have said there is no evidence of the vaccines causing either impotence or swollen testicles.

“My cousin in Trinidad won’t get the vaccine cuz his friend got it & became impotent,” Minaj wrote Monday on Twitter after revealing she was still undecided on whether or not to get vaccinated against Covid-19. “His testicles became swollen. His friend was weeks away from getting married, now the girl called off the wedding.”

But while Minaj may be sold on her cousin’s story, health officials aren’t convinced. In fact, Dr. Anthony Fauci, the United States’ top infectious disease expert, was quick to deflate Minaj’s claim of swollen testicles and impotence during an interview on CNN on Tuesday.

“There’s no evidence that it happens, nor is there any mechanistic reason to imagine that it would happen,” Fauci said when asked if there was any evidence that Covid-19 vaccines could cause reproductive issues in either sex. “There's a lot of misinformation, mostly on social media, and the only way we know to counter mis-and-disinformation is to provide a lot of correct information and to essentially debunk these kinds of claims, which may be innocent on her part,” Fauci continued, referencing Minaj. “I’m not blaming her for anything but she should be thinking twice about propagating information that really has no basis.”

On Wednesday, Trinidad and Tobago Minister of Health Terrence Deyalsingh also moved to debunk Minaj’s claim, noting his team had spent the following day investigating the rapper’s claim only to find no reports of the side effects Minaj had described. “One of the reasons we could not respond yesterday, in real time, to Ms. Minaj is that we had to check and make sure that what she was claiming was either true or false,” Deyalsingh said. “We wasted so much time yesterday running down this false claim. As far as we know, at this point in time, there has been no such reported either side effect or adverse event.”

In fact, Deyalsingh seemed confident swollen testicles and impotence had not been reported as a recorded side effect of the Covid-19 vaccines anywhere in the world. “As we stand now, there is absolutely no reported such side effect or adverse event of testicular swelling in Trinidad or, I dare say... anywhere else,” he said. “None that we know of anywhere else in the world.”

Although Minaj has yet to respond to either Fauci or Deyalsingh’s pushback to her claim, she has said she does recommend that people whose jobs mandate the vaccine get vaccinated. Minaj also implied she’d likely get vaccinated at some point in order to return to her own work.