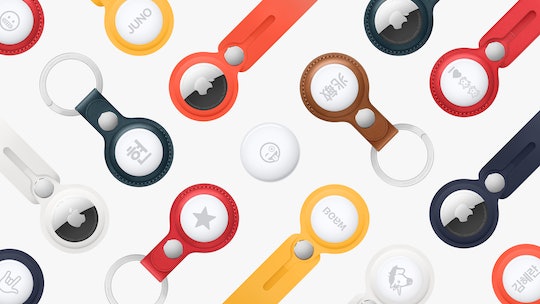 No, Apple Doesn’t Want Parents To Track Their Kids With AirTags

When news of Apple’s AirTags hit Twitter earlier this week, a number of parents joked the tiny device would be a good way for them to keep track of their children. But while the AirTag uses end-to-end encryption and Apple’s global Find My network to help users locate lost things, Apple doesn’t want parents using AirTags to track their kids. Instead, the tech giant recommends using the device to track inanimate objects like keys and bags.

In an interview with Fast Company, Apple’s Vice President of Worldwide iPhone Product Marketing Kaiann Drance was quick to shoot down the idea of parents using the new AirTag to track small children — be it as an everyday caution or when taking a family outing to a crowded place like the zoo or an amusement park. According to the magazine, Drance “was quick to stress that the company designed the AirTag to track items, not people or pets.”

In fact, Apple has purposefully built anti-stalking protections into the AirTags in an attempt to keep them from being used to track people. According to Apple, iOS devices such as iPhones and iPads will detect unknown AirTags that appear to be traveling with the iOS device user over a period of time. Additionally, AirTags are designed to begin playing a sound once they have been separated from their owner for a prolonged period of time.

Once discovered, an unknown AirTag can be tapped with either an iOS device or NFC-capable device, such as an Android phone, to unlock instructions for disabling the unknown AirTag. Apple hopes these features will make it easy for even non-iOS users to uncover any unknown AirTags that may have become attached to them or their belongings.

For parents interested in keeping abreast of their children’s whereabouts, Drance recommended pairing an Apple Watch with Family Setup, an Apple feature that allows members of the same family who don’t have their own iPhone (say, a young child) to access basic features like calls, messages, and location sharing via an Apple Watch.

Through Family Setup, parents can control exactly who the watch user can contact via calls and messaging and set schedule-based limits on the watch’s use with Schooltime. This feature enables parents to effectively block a child from using or accessing their Apple Watch during the hours that they would be at school or doing homework.

And although Apple doesn’t recommend using AirTags to track a pet’s movements, Drance acknowledged it could be done in some situations. “If people do that, they just have to make sure that their moving pet gets into range of a device in the Find My network,” Drance told Fast Company. Otherwise, the pet’s location won’t be trackable.

Interested consumers can pre-order Apple’s new AirTags — which will be sold individually for $29 or in packs of four for $99 — beginning Friday, April 23 at 5 a.m. PDT. AirTags will officially hit store shelves on Friday, April 30.