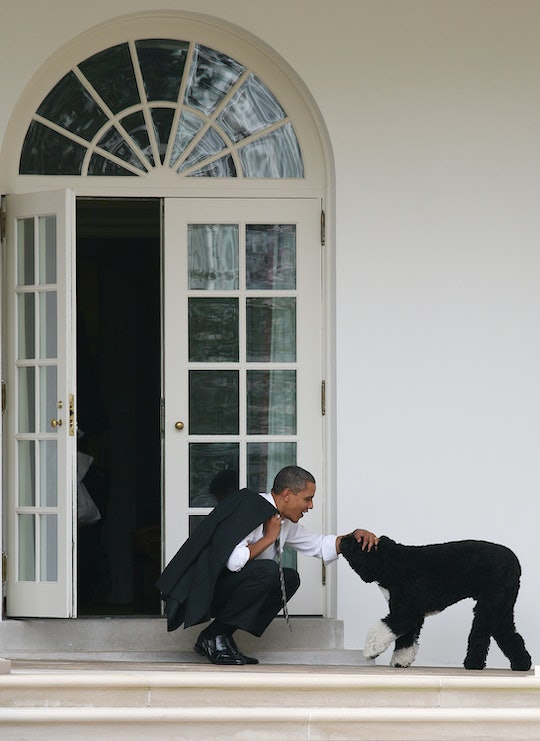 Few things are better than coming home to a loving dog after a tough day at work.

President Barack Obama described former “first dog” Bo as the friend he truly needed during one of the more stressful periods of his life. While speaking with late-night talk show host James Corden, Obama reflected on the unconditional friendship and love his late dog showed him during the eight years he served as president, noting he’d needed a friend he could always count on and found one in Bo.

“There’s a well-known saying in Washington, ‘If you want a friend, get a dog,’” Obama said Monday during a virtual appearance on The Late Late Show With James Corden. “Well, you know, I got one because I needed a friend during the presidency who would be nice to me no matter what.”

Bo was gifted to the Obamas by then-Sen. Ted Kennedy and his wife Victoria shortly after the family had moved into the White House in April 2009, according to the Presidential Pet Museum. Named after Michelle Obama’s father, Bo’s furry face, brooding brown eyes, and energetic nature made him an instant bipartisan favorite with voters across the country.

Earlier this month, however, the Obamas broke the sad news that Bo had passed away following a battle with cancer. “This afternoon was a difficult one for our family,” Michelle wrote on Instagram on May 8. “We said goodbye to our best friend — our dog, Bo — after a battle with cancer.”

Of course, Bo wasn’t just the president’s friend. While speaking to Corden on Monday, Obama recounted just a few of the ways Bo had ultimately changed his family for the better. “I had made a promise to Malia and Sasha that we’d get a dog win or lose after the campaign was over,” he said. “So one way Bo changed things was to stop them from harassing me or thinking their dad was a liar.”

Obama also credited the Portuguese Water Dog with helping his family find moments of fun to bond over. “He ended up being sort of a bond for the whole family,” the former president told Corden, adding that Bo gave the family “this fun, furry excuse to go for walks and spend time together and chase after each other.”

“It becomes one of the threads that run through your family and all the memories you have of each other,” Obama said of his family’s beloved pet.

Bo continued to bring the Obamas comfort and companionship in their post-White House lives and is said to have even helped the couple adjust to life as “empty nesters” following their daughters’ departures to college. “For more than a decade, Bo was a constant, comforting presence in our lives,” Michelle shared on Instagram earlier this month. “As a family, we will miss Bo dearly. But we are thankful that he lived such a joyful life full of snuggles, games of fetch, and evenings spent lying on the couch.”