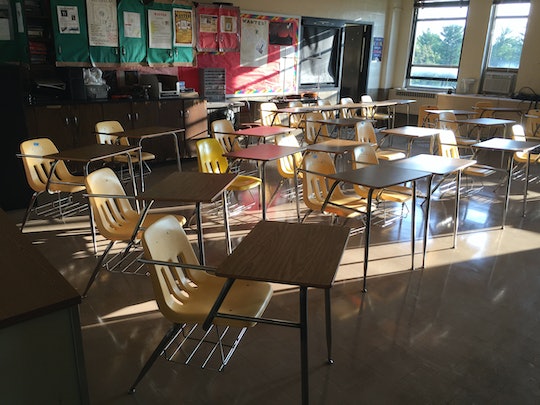 “They’re exhausted,” Superintendent Tom Bratten said of the district’s remaining staff. “They’re worn out and they’re run down and it’s catching up to them because they have worked so hard over the last two years.”

An Ohio school district is struggling to serve students amid a severe staffing shortage brought on by the ongoing coronavirus pandemic. Despite plans to resume classes the Monday after Thanksgiving break, all nine schools within the Stow-Munroe Falls City School District in northeast Ohio were forced to keep their doors closed after the district failed to find adequate substitutes and transportation staff available to work.

Parents and caregivers of the districts more than 5,000 students were notified of school closures early Monday. In an email to parents, Superintendent Tom Bratten linked the closure to staffing shortages that had been brought on by Covid-19 and other illnesses in the community coupled with a severe lack of substitutes “at all levels of our organization,” The Akron Beacon Journal reported.

“The illness bug, Covid, and everything else right now, it’s hitting our area hard and our district is no exception,” Bratten told WJW Fox 8. “This morning it hit us exceptionally hard across the district.”

Bus drivers and other transportation staff have been particularly hard to find, according to Bratten. “We found ourselves in the position of not being able to get all of our students to school even remotely close to on time, even with doubling up routes, because of the vast shortage of substitutes we’re all dealing with in the school systems right now,” the news outlet reported Bratten said.

To help ease the burden of staff shortages, the Stow-Munroe Falls City School Board recently voted to recognize an Ohio state measure realizing substitute teacher standards. Under the state’s new measure, schools can hire substitutes who do not have post-secondary degrees as long as the individual has been issued a non-renewable temporary substitute teaching license by the Ohio Board of Education. But although the Stow-Munroe Falls School Board has moved to recognize the new measure, some members of the board appear to have done so begrudgingly.

“I’ll be honest, this stinks,” School Board Vice President Jason Whitacre told The Akron Beacon Journal. “[We’re] at a point where there’s such a shortage that basically… if you have a pulse without a record, show up and we’ll have you babysit the children. You can’t expect them to qualitatively teach, so you’re just asking them to not fall asleep.”

Along with teachers and bus drivers, Bratten told The Akron Beacon Journal that the district has also seen a number of cafeteria workers and custodians call in sick. But district administrators don’t blame staff for getting sick or needing time off. In fact, they recognize the pandemic has taken a toll on school staff, leaving them feeling overworked.

“Our people, in general, have been asked to suck it up for two years and honestly, they’re exhausted,” he told the paper. “They’re worn out and they’re run down and it’s catching up to them because they have worked so hard over the last two years and have tried to do everything they can to come to work every single day.”

But Ohio’s Stow-Munroe Falls City School District isn’t the only district to have temporarily closed schools this year due to staffing shortages. According to INSIDER, Seattle Public Schools in Washington and three Denver area school districts in Colorado canceled classes and closed Schools for at least a day in early November after failing to find adequate staff.

In a statement shared with The Seattle Times, Seattle Public Schools said more than 600 teachers had asked for a substitute to fill in for them on the Friday after Veteran’s Day, forcing the district to close. The overwhelming number of requests was “indicative of the fatigue” many school staff members across the country have been feeling after nearly two years of teaching through a pandemic.

While districts across the country will likely continue to grapple with staffing shortages, students within the Stow-Munroe Falls City School District were at least able to return to class on Tuesday.

More Like This
Teacher Shot By 6-Year-Old Student Told School He Had A Gun, Was Told To "Wait"
Florida Teachers With “Unvetted” Classroom Books Could Face Felony Charges
10 Great Podcasts That Will Keep Your Kids Entertained On Your Next Family Road Trip
Does The FDA's Plan To Limit Lead In Baby Food Go Far Enough?
What Parents Are Talking About — Delivered Straight To Your Inbox