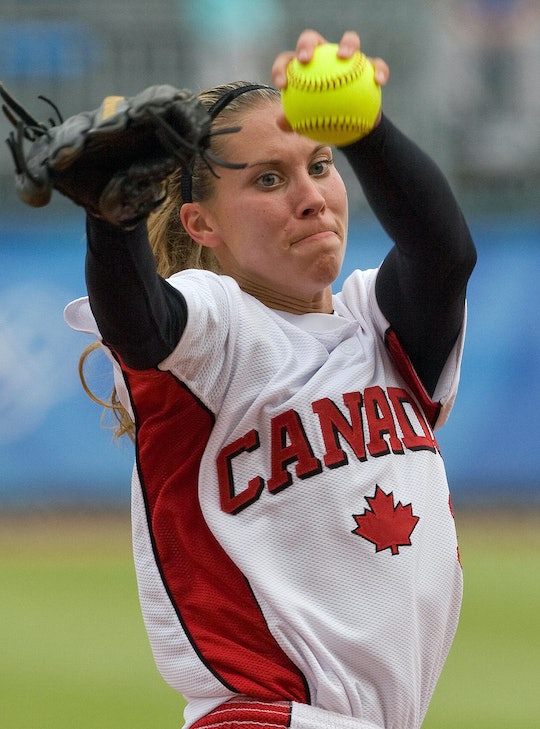 “When I got this, I was bawling my eyes out like a baby.”

Despite actually being thousands of miles away from their Olympian mom, Lauren Regula’s kids found a creative way to “hug” her while she competes with the Canadian women’s softball team at the Tokyo Olympics. The pitcher showed off her “hug,” which she said caused her to burst into tears when she first received it, in a video aired by NBC, noting she could now wrap her children’s arms around herself whenever she needed to.

Due to concerns about the ongoing coronavirus pandemic, organizers behind the Tokyo Olympics have barred spectators and athletes’ families from attending, leaving athletes to compete in front of stadiums of empty seats. As a result, Olympians from around the world have had to find creative ways of staying connected with family who otherwise be cheering them on in person.

But finding a way to support their mom from afar was a challenge Regula’s children readily accepted — and their construction-paper “hug” just might be the sweetest Olympic souvenir a mom could get.

“I just want to share what this hug looks like,” Regula said in a video shared over Twitter by NBC. “I opened it up and I had no idea what this was.”

In the clip, Regula holds up a pair of small hands crafted from red construction paper. The hands have then been taped together with a long band of construction paper between them. “They sent me a hug,” Regula said. “So whenever I need a hug I can just grab it and wrap their arms around me and feel the love from home.”

Regula said her children, who are currently 11 years old, 10 years old, and 8 years old, wrote notes on the inside of the hug. “This is definitely a very special moment for me,” the softball pitcher said, adding that she’d been surprised with the mail while riding the bus into Tokyo’s Olympic Village. “When I got this, I was bawling my eyes out like a baby and I am so excited to bring this to the field.”

In an Instagram post shared just ahead of the Tokyo Olympics, Regula briefly touched on the topic of being separated from her kids for training and shared what she hoped her kids took away from watching her prepare for and compete in the Olympics.

“I don’t know for sure what our kiddos will take away from this whole experience of their Mama being gone and chasing dreams for almost five months while they watch from afar,” she wrote. “But I do hope in one way or another that they learn to dream, and dream BIG, with their eyes — and hearts — open.”