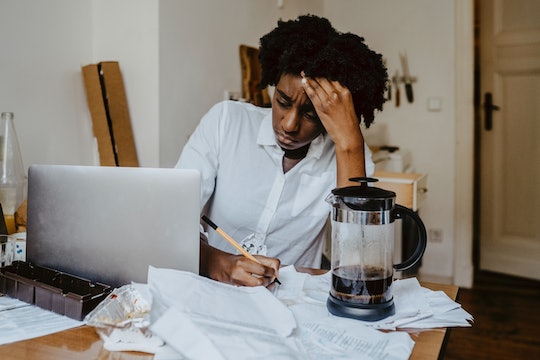 New research found parental “brain fog” cost the average parent lost 36 minutes a day for a total of 219 hours a year or nearly 4,000 hours over the span of 18 years.

New research suggests parents may be losing out on valuable time every day as a result of parenting-induced brain fog. A survey of American parents conducted by OnePoll on behalf of MitoQ found the average parent loses 36 minutes a day due to feeling so mentally fuzzy or slow they lose focus. And while a few minutes here and there may not seem like much, they can really add up over the span of 18 years. In fact, OnePoll concluded the average American parent will lose nearly 4,000 hours to parental brain fog over the course of 18 years.

If you have children, you likely know the brain fog MitoQ and OnePoll are talking about. It’s moments of extreme forgetfulness, such as all those times you’ve walked into a room only to immediately forget what you walked into the room for. In surveying 2,000 parents over the age of 30, Yahoo! News reported OnePoll and MitoQ found brain fog caused the average parent to lose focus on up to three tasks per day, resulting in a loss of 36 minutes each and every day. That adds up to 219 hours each year and 3,942 hours by the time a child turns 18.

While brain fog isn’t an actual medical condition, it is a term commonly used and accepted within the medical community to describe feeling mentally fuzzy, unfocused, or disorganized. Individuals who find themselves in a brain fog may find it harder than normal to focus, think through a problem, or articulate their thoughts, according to Healthline. While there are a number of things that can cause brain fog (including pregnancy and menopause), stress and a lack of sleep — two things parents often find themselves battling— can be big contributor to feeling mentally foggy, Forbes and Healthline have reported.

It’s no surprise then that six in 10 parents told OnePoll they blamed the brain fog they experienced on not getting enough sleep, Yahoo! News reported.

But of course, brain fog doesn’t just cause parents to lose out on valuable time — it can also result in general forgetfulness. For example, two in five parents reported using kids’ activities such as dance or music lessons or athletic practices to help them keep track of what day it is. At least 20% of surveyed parents said they tend to forget what day of the week it is, while another 19% said they often forget the time. Another 44% of working parents reported they forget to stay hydrated throughout the day, while 33% reported forgetting to eat regularly.

According to MitoQ, many respondents seemed keenly aware that brain fog was causing them to lose out on more than just time. A total of 53% parents said they would prioritize being available to have fun with their family if they had better mental focus and more energy throughout the day. Another 49% said they would capitalize on better energy and mental focus to live a healthier life while 46% said they would use the energy to regularly participate in hobbies.

To help reduce brain fog and get back their 36 minutes a day, parents can try to make good sleep a priority and a schedule chat with their primary care physician, who may recommend diet changes.