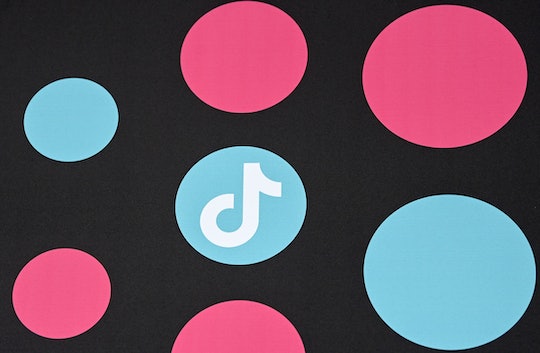 Would Your Kid Fight A Person For You? These Parents On TikTok Just Found Out

The trend – where parents ask young children to throw down with them – has yielded some funny results.

As parents, we would do absolutely anything for our children... but would they do the same? There’s a way you can find out if your kiddo is your ride or die, and maybe even go viral in the process. In a new TikTok trend, parents, older siblings, and caregivers urgently tell a young child to put their shoes on before saying some version of “I have to go fight this person, and they have a kid your age, so if the kid steps in I need you to fight them.” The reactions from the would-be mini-brawlers run the gamut from eager to horrified and are uniformly hilarious.

For some kids, there were no questions asked. Their responses were instant and for the most part, fairly neutral. For @sinalyss.thee.empress’ little girl, the request may as well have been marching orders. Immediately standing at attention, leaving her breakfast unfinished, she told her mom “OK! I’m going to fight with you!” User @prettybrown.cls’ daughter — somewhat older than most of the kids featured in the videos — immediately gets out of her seat and pulls her hair back in a ponytail. The son of @beautybyespe was unclear why his mama wanted him to put on his shoes, but as soon as she explained she needed him to be her backup, he replied simply “OK,” and turned to get ready.

Other kids could barely contain their glee (or fists) as though their parents issue was secondary to the idea that they’d get to leap into some kind of fray. When user @loveasandies’ daughter was told she needed to “beat up” another child, she calmly closed her iPad saying, “I understand. I will fight with you. I’m coming,” but her calm collectedness seemed to get pumped up and couldn’t help but share some of her sick karate moves.

Other kids were willing... but not exactly sure of themselves. “I don’t know how to fight,” said @shaesoexxtra’s daughter as she rushed off to get her shoes, “but I will do my best!” Some were adorably giggly (and justly suspicious, as when @rexandmo’s son wagged a finger saying “I know what you’re doing... you’re joking.”)

Other children just aren’t fighters, it would seem. When @VeighWay’s daughter was asked to throw down with her mama, the girl was skeptical, and even disdainful of the idea. “Would it please the Lord? No!” she points out.

Poor gentle Sonali in @nishasonali’s video just started crying at the very idea of fighting. And the sweet young man in @tcamiloxoxo’s video became distressed at the idea of going to fight someone’s tía, right now, today of all days.

You will all be pleased to learn that he did, indeed, get to Target that day...

... and all was right with the world.