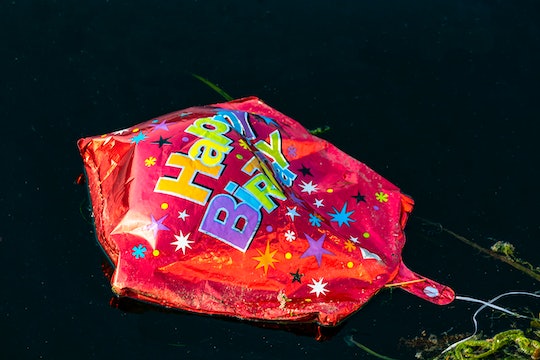 Police say they broke up "numerous" fights among the children.

Police in Ohio have urged parents to act responsibly during the ongoing coronavirus pandemic after discovering dozens of unmasked children celebrating one child's 14th birthday on a party bus, a direct violation of Ohio Gov. Mike DeWine's health orders. According to authorities, the parents behind the kids' party bus bash face charges.

In a statement shared over social media, the Mount Healthy Police Department said officers were on a routine patrol Saturday, Dec. 12 when they saw a large unmarked bus discharge a number of juveniles at the Hilltop Shopping Center at 9:50 p.m. local time. None of the children were wearing face masks or practicing social distancing, police said, a direct violation of a statewide mask order issued in July mandating all individuals to wear facial coverings when in public.

Police said several fights broke out among the juveniles shortly after they'd exited the bus, leading officers to respond and call for assistance from other agencies. When police directed the driver of the bus to reboard the juveniles, the driver fled the scene, leaving behind roughly 60 minor children, whom police described as being "in a very agitated state." At least one juvenile was arrested for attempting to strike a police office, authorities said.

"Officers worked over the next hour to break up numerous fights and distance the juveniles," the Mount Healthy Police Department said in their statement. "Officers, trying to maintain order, directed the juveniles to socially distance themselves and contact their parents for transportation. It was determined that a parent had organized a Party Bus for a child’s fourteenth birthday party."

Police later discovered the invitation to the child's 14th birthday party had been shared on social media as an "open invite." The bus hired for the party is reported to have traveled to Mt. Healthy from downtown Cincinnati and police noted that none of the individuals involved in the incident actually resided in Mount Healthy.

"The parents responsible have been identified and will be charged with violations of the Governor’s Orders," police revealed earlier this week. They noted the city of Mount Healthy also has a curfew, which prohibits anyone under the age of 14 from remaining in or at a public place between the hours of 10 p.m. and 6 a.m. Amid the ongoing coronavirus pandemic, Ohio's Department of Health has also prohibited public and private gatherings of 10 or more people that occur outside a single residence, although it remains unclear if the parents involved in this case will face charges related to this order. According to CNN, the parents were charged with "contributing to the unruliness/delinquency of a child."

"Parents – it is your responsibility to manage your children," the Mount Healthy Police Department said. "Mount Healthy Police will not tolerate blatant law violations especially when such action endangers our community, our officers, and public health."