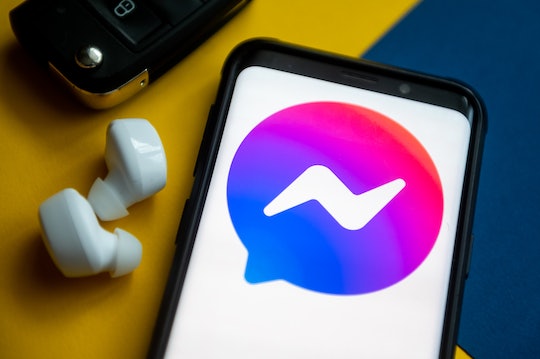 The case is a glimpse into how abortions could be handled post-Roe v. Wade.

A Nebraska mother and her daughter are being charged with an assortment of eight felonies and misdemeanors in relation to an at-home abortion performed earlier this year. The state’s case hinges, in part, on evidence Facebook gave police as part of a warrant via the teen’s private data. The move from the tech company has some abortions rights activists and digital privacy experts concerned about what the future of prosecuting abortions will look like in a post-Roe America.

Jessica Burgess has pleaded not guilty in Madison County District Court to five criminal charges, including two abortion charges, relating to helping her teenage daughter abort, burn and bury her fetus earlier this year, Norfolk Daily News reports. Her daughter, Celeste Burgess, who was 17 at the time of the alleged abortion, pleaded not guilty to three charges, for which she is being tried as an adult.

The Lincoln Journal Star reports that the investigation began in late-April after police received a tip that Celeste had miscarried and that she and Jessica, with the help of a man named Tanner Barnhill, buried the fetus on rural property belonging to Barnhill’s parents. (Barnhill pleaded no contest to helping bury the body and, according to NPR, will be sentenced later this month.)

Initially, the mother and daughter were charged only in relation to the disposal of the remains of the fetus — aged at more than 23 weeks gestational age, per medical records — concealing the death of another person, and false reporting. Detective Ben McBride was nevertheless suspicious. According to McBride’s affidavit to obtain a warrant to obtain the Burgesses private Facebook messages, published by Vice, McBride asserts that the fetus had never drawn breath, which would be consistent with miscarriage. However, the presence of the remains in a plastic bag also did not rule out asphyxiation. Within weeks of the initial charges, investigators obtained and reviewed private communications that appear to show details of Jessica obtaining medication for abortion to give to Celeste.

The conversation on Facebook enabled police to obtain addition digital records on the family’s various phones and laptops. Vice has reported that 24 gigabytes of data including images, messages, and web histories were extracted to build the state’s case, which alleges Jessica Burgess bought medication called Pregnot — a kit of mifepristone and misoprostol — to end Celeste’s pregnancy. (Jessica has admitted to purchasing the pills.)

While this combination is a safe and effective way to obtain an abortion in the first trimester of pregnancy, Celeste was well past that (various news outlets report between 24 and 28 weeks, which would have put her in the late-second or early-third trimester). In addition to being past the point at which medication abortion is recommended, it’s also later than Nebraska’s 20-week abortion ban, and additionally runs afoul of the state’s laws pertaining to the state’s ban on obtaining abortifacient via telehealth or mail and its law that only physicians can provide abortions in the state. According to data from the Guttmacher Institute, only three abortion clinics operate in Nebraska and 40% of women aged 15 to 44 live in a county without abortion care.

Madison County Attorney Joseph Smith told Lincoln Journal Star that this is the first time in his 32-year career that he’s tried anyone for performing or attempting an abortion on a pregnancy at more than 20 weeks, and performing an abortion as a non-licensed doctor, something he likely would not have been able to do without the Facebook message records.

Digital privacy experts have been sounding the alarm about such a scenario since the Supreme Court overturned Roe v. Wade in late June via Dobbs v. Jackson Women’s Health Organization. The day the ruling came down, Alexandra Reeve Givens, President and CEO of the Center for Democracy and Technology, said in a statement, “In the digital age, this decision opens the door to law enforcement and private bounty hunters seeking vast amounts of private data from ordinary Americans... Crucially, companies should carefully scrutinize and seek to limit the scope of surveillance demands issued in prosecutions to enforce anti-abortion laws. They should adopt clear and consistent standards for refusing overbroad requests, commit to giving their users timely notice of requests, and report publicly the numbers of surveillance demands they receive to increase public accountability.”

Romper’s request for comment from Meta, Facebook’s parent company, was not immediately returned, but a representative told Vice in a statement that they were unaware that the warrant had anything to do with an alleged abortion. “Nothing in the valid warrants we received from local law enforcement in early June, prior to the Supreme Court decision, mentioned abortion. The warrants concerned charges related to a criminal investigation and court documents indicate that police at the time were investigating the case of a stillborn baby who was burned and buried, not a decision to have an abortion.”

Nevertheless, news of the company’s compliance prompted the hashtag #DeleteFacebook trending on Twitter. “What Mark Zuckerberg lying about expanding encryptions to "keep people safe"? Then telling employees they aren't allowed to talk about abortions at work,” tweeted user @ask_aubrey. “Yeah if you're a woman #DeleteFacebook.”

More Like This
Chrissy Teigen Says She’s Come To Understand She Had An Abortion To Save Her Life
GOP Sen. Lindsey Graham Wants To Create A Nationwide Abortion Ban At 15 Weeks
Nebraska Judge Rules Two Mothers Cannot Appear On Their Sons' Birth Certificates
New Report Shows 80% Of Pregnancy-Related Deaths Are Preventable