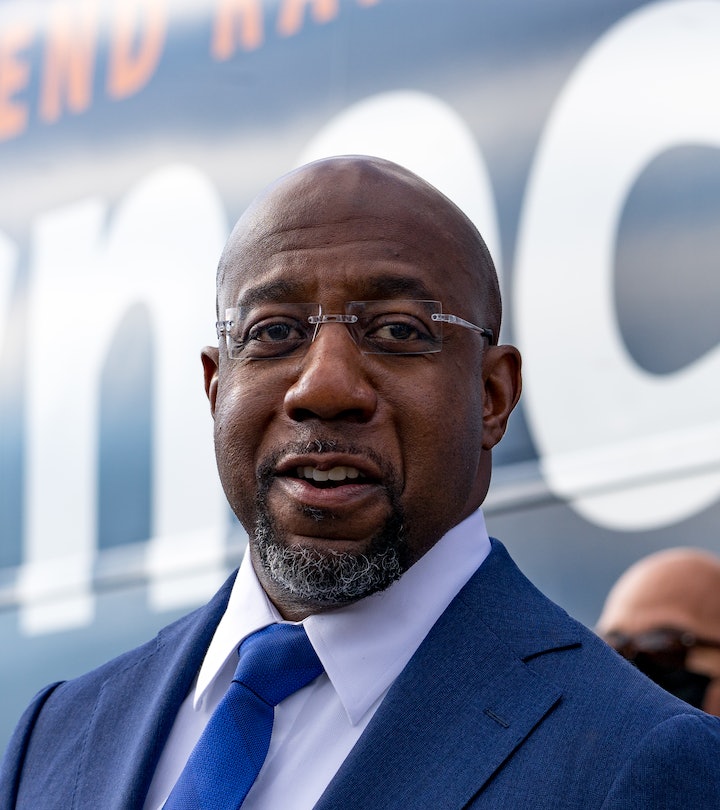 The Democrat is projected to be Georgia's first Black senator.

Multiple media outlets have named Democrat Raphael Warnock the projected winner of Tuesday's Senate runoff race in Georgia, making him the state's first Black senator. In a victory speech delivered early Wednesday morning, Warnock paid tribute to his mother, remarking how hands that had once picked another person's cotton now picked the state's next senator.

"The other day, because this is America, the 82-year-old hands that used to pick somebody else's cotton went to the polls and picked her youngest son to be a United States senator," Warnock said of his mother, Verlene.

Warnock has previously said his mother grew up in Waycross, Georgia, where she spent her teens picking cotton and tobacco. She later married Warnock's father, Jonathan, a man who was a veteran, small businessman, and preacher. Together the two would raise 12 children.

On Wednesday, Warnock said his mother's personal history made him acutely aware of how inconceivable his journey to the U.S. Senate must seem to some. "I come before you tonight as a man who knows that the improbable journey that led me to this place in this historic moment in America could only happen here," he said. "We were told that we couldn't win this election. But tonight, we proved that with hope, hard work, and the people by our side, anything is possible. May my story be an inspiration to some young person who is trying to grasp and grab hold of the American dream."

Later in his speech, Warnock also remembered his father, who CNN reported died in 2010. "I remember my dad, in this moment. He used to wake me up every morning at dawn," Warnock said in his victory speech. "It was morning, but it was still dark. It's dark right now. But morning comes and scripture tells us that [while] weeping may endure for the night, the joy comes in the morning. Let us rise up. Greet the morning and meet the challenges of this moment."

Warnock has previously told CNN his father instilled in him a love of country despite having grown up in the Jim Crow South and experiencing racial discrimination. "My dad loved America," Warnock told the cable news outlet. "He took the long view. He understood that we were in the process of trying to build a more perfect union. He was not unaware of the contradictions of race. He was born in 1917, a Black man in the Jim Crow South. But by the time my sister and I had come along, he had also seen the arc of change in our country, so he knew what was possible."

"Considering all he had been through, I've always felt that my generation had no reason to give up," the newly projected U.S. senator continued.

With 98% of the votes counted by Wednesday morning, CBS News projected Warnock had garnered 50.6% of the vote compared to Republican incumbent Sen. Kelly Loeffler's 49.4%. Meanwhile, the runoff race between Jon Ossoff and David Perdue remained too close to call.