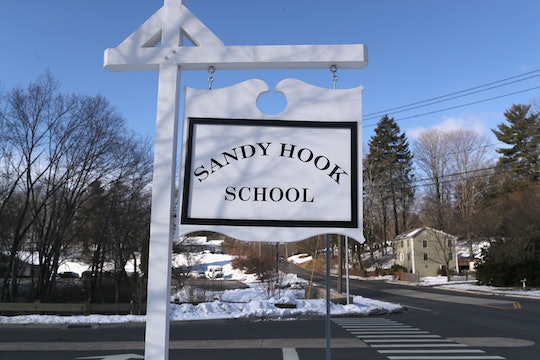 The company makes the Bushmaster AR-15 that was used in the murders of 20 children and six staff members in 2012.

Nine families of victims of the 2012 Sandy Hook Elementary School massacre have reached a $73 million settlement with gun manufacturer Remington, the company that made the Bushmaster AR-15 rifle used in the mass shooting that killed 20 first-graders and six staff members. The settlement of the case, which was first filed in 2014, is being hailed as a victory by gun control advocates as it marks the first time a U.S. firearms company has been held liable in a mass shooting. Josh Koskoff, lead lawyer for the families, described the settlement as “a wake-up” to the gun industry.

Families knew that succeeding in their suit would be an uphill battle, and indeed, its seven-year journey through the courts, including the United States Supreme Court, stands as a testament to that reality. The challenge was largely due to the Protection of Lawful Commerce in Arms Act, which was passed in 2005 and shields firearms manufacturers and dealers from being held liable when crimes have been committed with their products. Ultimately, the families’ suit hinged on the claim that the company had violated a Connecticut law in the marketing of the weapon, which the suit claimed to be targeting troubled and insecure young men with slogans like “Consider Your Man Card Reissued.”

In a 2019 press conference, Koskoff highlighted the families’ argument, stating “You can’t engage in reckless marketing that does nothing to address a problem, but only contributes to it.”

For the families, the victory is part of a larger plan to use litigation as a way to make public internal communications from Remington, documents that would lay bare the industry’s practices in marketing and selling firearms. Spurred on by this goal, the families rejected a $33 million settlement from Remington in 2021, wanting first to obtain such materials in the discovery period before the impending (but now withdrawn) trial this year. In a statement given to CNN, attorneys for the families claim that they have already “obtained and can make public thousands of pages of internal company documents that prove Remington's wrongdoing and carry important lessons for helping to prevent future mass shootings.”

The strategy, according to reporting from the New York Times, took inspiration from the way lawsuits against tobacco manufacturers revealed cover-ups and knowingly irresponsible marketing tactics within the industry.

At a press conference on Tuesday, ABC News reported Francine Wheeler, mother of 6-year-old victim Benjamin Wheeler, said, "Our legal system has given us some justice today but … true justice would be our 15-year-old healthy and standing next to us right now. But Ben will never be 15. He will be 6 forever."

David Wheeler, Ben’s father, added, "We want to make sure that another father and another mother don't have to stand here someday."