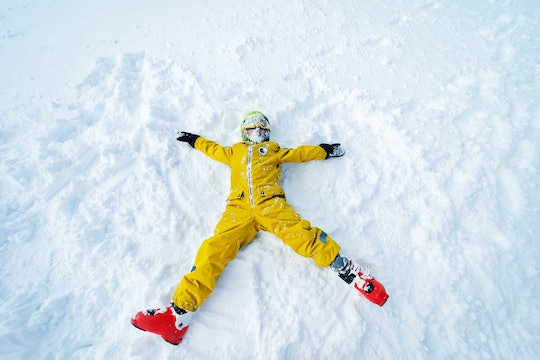 Snow days as we remember them may soon become the stuff of legends due to the convenience of remote learning.

As schools across the country find themselves increasingly more familiar and comfortable with the ins and outs of virtual learning, some school districts are considering making snow days a thing of the past. Under new plans being proposed at a number of different districts, students would be required to log on to virtual school instead of getting a day off to sled or build snowmen when inclement weather closes school campuses or makes roads impassable. But how feasible is replacing snow days with virtual learning days for families?

In Buffalo, Wyoming, Johnson County School District No. 1 is finalizing a plan that, if approved by the school board, would see students learning virtually instead of getting a day off school when inclement weather closes school buildings. District Superintendent Charles Auzqui told the Casper Star-Tribune he hoped to have the plan implemented within the next 30 days but wanted to ensure the district wasn’t doing away with snow days just to avoid having to make them up at the end of the year.

“In my point of view, we don’t want to just say, ‘Hey, we’re having (school) today so we don’t have to make it up,’” the paper reported Auzqui said. “If we’re truly doing virtual education remotely, then it has to be quality education.”

Similarly, Northfield School District in Northfield, Minnesota, has announced an e-Learning Snow Day policy that will give students a day off during the first snow day of the academic year but then require them to attend a short Zoom class and complete lessons remotely on any following snow days, KYMN radio has reported. In Illinois, The Times Weekly reported the Plainfield Community Consolidated School District 202 enacted a virtual learning plan that will see students receive at least five hours of either teacher-led instruction or independent schoolwork time on days when schools must close due to inclement weather.

“In this computer and Internet-driven age, there is no reason why we can't continue instruction at home when schools have to be closed,” Associate Superintendent Dr. Glenn Wood told The Times Weekly.

While ending the tradition of snow days certainly isn’t likely to have students jumping for joy, school districts may find certain technical challenges harder to overcome. Winter storms capable of causing school closures may also knock out electricity or internet connections for some families. Other families may not have the devices needed to get students learning online, and getting families those devices could prove difficult in inclement weather.

In Johnson County, Auzqui has proposed mandating that schools notify parents at least 16 hours in advance and send Chromebooks home with students the day before a virtual learning snow day. Other school districts, such as Omaha Public Schools in Nebraska, have solved access issues by providing students with internet-connected iPads or other deceives at the beginning of the school year, according to the Atlantic.

Still, it’s hard to imagine virtual learning days inspiring the same type of joy children have long found in the promise of a snow day, which begs the question: Is it better to allow students a brief respite from their day-to-day academic responsibilities or keep them from falling behind in their curriculum?