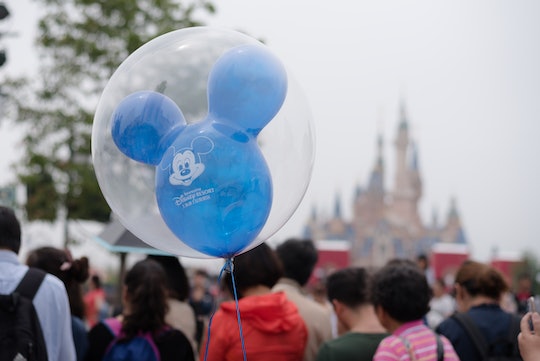 Over 30,000 Guests Were Locked Inside Shanghai Disneyland Due To One Covid Case

Visitors were only allowed to exit the theme park if their Covid-19 test came back negative.

Health Officials in Shanghai abruptly shuttered one of the city’s most popular theme parks late Sunday, leaving more than 30,000 guests locked inside overnight. According to the Associated Press, health authorities moved to close Shanghai Disneyland after a woman who’d visited the park a day earlier tested positive for Covid-19. Health workers worked overnight to conduct Covid-19 tests on all of the theme park’s guests and the park has remained closed Monday and Tuesday in an effort to comply with government pandemic prevention efforts.

Tens of thousands of visitors who’d come to celebrate Halloween at Shanghai Disneyland on Sunday quickly found themselves living out a scene from a medical disaster film when hundreds of health workers dressed head to toe in protective gear quickly blocked off the theme park’s entrances and exits, effectively barring anyone from leaving. After shutting down the park, Shanghai health authorities administered Covid-19 tests to nearly 34,000 guests, NPR reported.

The closure of Shanghai Disneyland occurred as part of an epidemiological investigation involving a woman reported to have tested positive for Covid-19 shortly after visiting the theme park. According to the Associated Press, a woman who visited Shanghai Disneyland on Saturday was found to have Covid-19 on Sunday when she was tested for the virus in the nearby city of Hangzhou.

Chinese media has estimated some 100,000 people visited the theme park over Halloween weekend, all of whom will now have to be tested for Covid-19, NPR reported. On Sunday, guests locked inside Shanghai Disneyland were only allowed to leave once their Covid-19 test came back negative.

Video shared across social media by someone trapped inside the theme park showed hundreds of health workers in protective suits administering Covid-19 tests as the park’s nightly fireworks display lit up the night sky overhead. Another video showed guests rushing to form a line upon being told they would not be allowed to leave the park unless they had tested negative for Covid-19.

Despite the overall disruption, the theme park’s guests were reported to be relatively understanding of the situation. One Shanghai Disneyland guest told the Associated Press she saw no bad behavior. “No one complained, and everyone behaved really well,” the outlet reported the guest said.

On Monday, Shanghai city officials said all 33,863 people tested for Covid-19 at Shanghai Disneyland on Sunday returned negative test results and were ultimately allowed to leave the park. However, all guests will have to monitor themselves for symptoms and get tested again in a few days to ensure they have not contracted the virus, the Washington Post reported.

According to the paper, Shanghai Disneyland Resort announced late Sunday that it was continuing to cooperate with the epidemiological investigation and would temporarily close the park and some attractions until further notice.