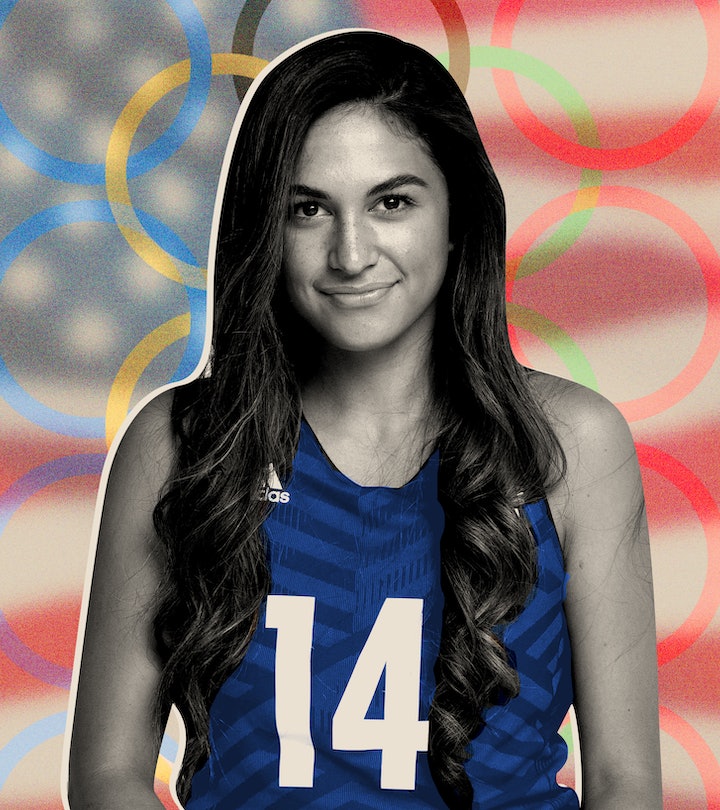 “The only point we can control is the point we are on.”

Do you notice that when you ask kids what they want to be when they grow up, they always seem to have at least five, unrelated answers? “I’m going to be a movie star-veterinarian-swim coach-farmer-mommy!” Kaleo Kanahele Maclay, a star of the U.S. Paralympic Sitting Volleyball team, is kind of like that, but in real life. The 25-year-old Oklahoman is a mom to 3-year-old Duke; a youth pastor alongside her husband, Matthew; owns a coffee shop/bakery that also happens to be a flower shop; runs a custom cookie business; and has been competing internationally in sitting volleyball since she was 14, garnering over a dozen medals and superlatives (MVP; Best Setter) in the process.

Following so many dreams not only takes long hours and concerted effort — it requires no small degree of compartmentalization. “I really, have tried to focus on being where I am, whether that’s in the gym, whether that’s at home. [I’m] really trying to be in the moment, because life literally goes by so fast and the days fly by,” she told Us in July. “I’m really just doing the best to kind of be where I am.”

As a child, Maclay got involved in a variety of sports — gymnastics, dance, basketball, softball — but realized she’d found “it” when she joined a standing volleyball team when she was 10. But Maclay was born with a club foot, and while that was more or less remedied through surgery when she was an infant, the procedure left her with limited flexibility and muscle tone in her calf, which made standing volleyball more challenging. So when she was 12, her coach, Bill Hamiter, suggested she try out for the Paralympic sitting volleyball team, which he also coached and still does. At just 16 years old, she went to London’s Paralympic Games, where she helped her team take Silver. But second place, she says was a “last straw” that urged them to beat China’s winning streak and, in 2016, Team USA won gold in Rio.

While she’s no stranger to competition at this point in her career, the Tokyo Games are hitting a bit different. This time, she’s working to defend the gold medal (they’re off to a good start, earning a spot in the semi-finals earlier this week). Moreover, as with the Olympics, Covid-19 safety protocols have prevented spectators, including her family, from watching her compete in Japan. This is also Maclay’s first Paralympics as a mother — and motherhood, she tells Romper, changes everything.

Before Maclay headed to Tokyo, we chatted with her about life as the ultimate multitasker.

KKM: My day starts around 5 a.m. I own a coffee, bakery and flower shop called Flower and Flour, so I go in early every morning to bake for the day. I finish baking around 7 a.m. then leave to take my son to school. After he’s dropped off I head to training, which is from about 8 a.m. to 11:30 a.m. depending on the day. Right after practice I head back to our shop to work on my decorated cookies company called Cookies by Kaleo. Around 4 or 5 p.m. I head to pick my son up from school and we go on a walk or just enjoy time as a family before dinner.

What is your favorite thing to do with your child?

Another thing I love to do with Duke is to watch him play soccer. It’s crazy to me how much he loves it and wants to play it with me. So it’s something we share together, although I am terrible at soccer!

When did you first fall in love with volleyball?

KKM: I first fell in love with volleyball when I was playing for a local club team called Oklahoma Peak Performance – I started playing when I was 10 years old on a 12-year-old team. I wasn’t very good at the beginning but I remember just having fun! It was my place to belong and I have loved it ever since.

Did motherhood change how you think about volleyball or competition?

KKM: Being a mom has definitely made me more intentional with my training. Obviously I am not perfect, but when I remember all I am sacrificing to make it to each competition and each practice it reminds me to be present and reminds me of why I am there.

If your child wants to follow in your footsteps, what advice would you give him?

KKM: I would tell him not to be so hard on himself and to just enjoy what he’s doing and enjoy the game.

How does being an athlete inform who you are as a mother and vice-versa?

KKM: I have learned a lot in volleyball that has helped me in motherhood. Our sports psych would tell us that the only point we can control is the point we are on: if we are spending all of our time worrying about the previous point, or the next point, we will always just be trying to catch up and never be in the moment. That perspective has taught me to be more present as a mother; to create time to be with my son and not so concerned about the future, not so concerned about previous mistakes I’ve made, but just to be where I am while I’m there.

More Like This
Weed Moms Are Changing The Culture Around Marijuana
My C-Section Almost Derailed My 5th-Degree Back Belt — Almost.
My Slowest Marathon Ever Is The One That Makes Me Most Proud
My Child Athlete Self Still Has A Lot To Teach Me