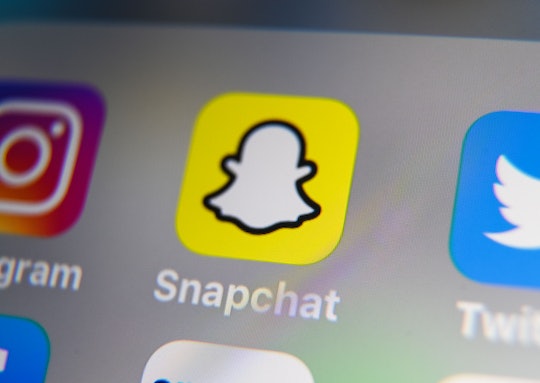 What You Need To Know About Snapchat’s New Parental Controls

Parents can now keep tabs on who their kids are chatting with — but teens are still basically in charge.

Snapchat has launched its first ever parental controls with a new in-app tool called Family Center. The goal, according to the company, is to “help parents get more insight into who their teens are friends with on Snapchat, and who they have been communicating with, without revealing any of the substance of those conversations.” The social media giant acknowledged that parenting styles are different and everyone has a different view of privacy. Ultimately, Snapchat said it wants to “help empower parents and teens in a way that still protects a teenager’s autonomy and privacy.”

Snapchatters have to give consent to their parents to enable them take a peek into their social media contacts and allow them to activate the parental controls.

Basically, parents have to set up their own Snapchat accounts and then invite their teen to join the Family Center. If your kid accepts, they will have a mirror view of what their parent sees so everyone is on the same page. Parents can then see who their kids are friends with as well as who they have messaged in the past seven days.

Teens also have the option to invite their parents, but that’s probably not going to happen without a lot of nudging.

Where can parents access the new feature on the app?

Parents can access the Family Center in the app’s Profile Setting or by searching the term “family center” within the app.

How was the new parental control feature developed?

Snapchat said it worked with IRL families to get feedback to develop the Family Center and it also consulted with online safety and well-being experts.

The idea behind Snapchat’s new parental controls, according to the company, is that it should reflect the way families operate in real life. So the gist is that parents usually know who their kids are hanging out with, but they’re not necessarily eavesdropping on their conversations. To mirror that dynamic, Family Center allows parents to know who their teens are chatting with on Snapchat, but not the nitty gritty details of their conversation.

What Snapchat has done up till now to protect kids.

Snapchat began its announcement with a little refresher on the ways that it already works to protect its young users:

In the past, the company has been heavily criticized for not allowing parents to have more oversight of their children’s social media activity. (Users must be at least 13 years old to use the app.) There is currently legislation in the works to combat the deadly consequences of children buying dangerous drugs, like fentanyl, via apps like Snapchat.

In the coming weeks, Team Snap will add a new feature that will allow parents to easily view new friends their teens have added. Teens will also be able to notify their parents when they contact Snapchat to report an account or flag inappropriate content.

While it’s great that Snapchat is taking steps to further protect kids who use the platform, it will take a pretty transparent and mature teenager to willingly let their parents dig into their social media lives. Although Snapchat still gives teens the ultimate power to decide if they will accept their parents invitation into the Family Center, most young people are likely relying on the fact that their parents probably have no clue how to use Snapchat in the first place.

More Like This
Prince William Was Quick To Remind Someone That He Does School Drop-Off Duty Too
Exclusive: Three Siblings With Super Powers Protect National Parks In Spirit Rangers
Watch An Exclusive Clip From Trick or Treat Scooby-Doo!
Kristen Bell Reveals Her Daughters' Handy School Night Routine Called "Flat Man"