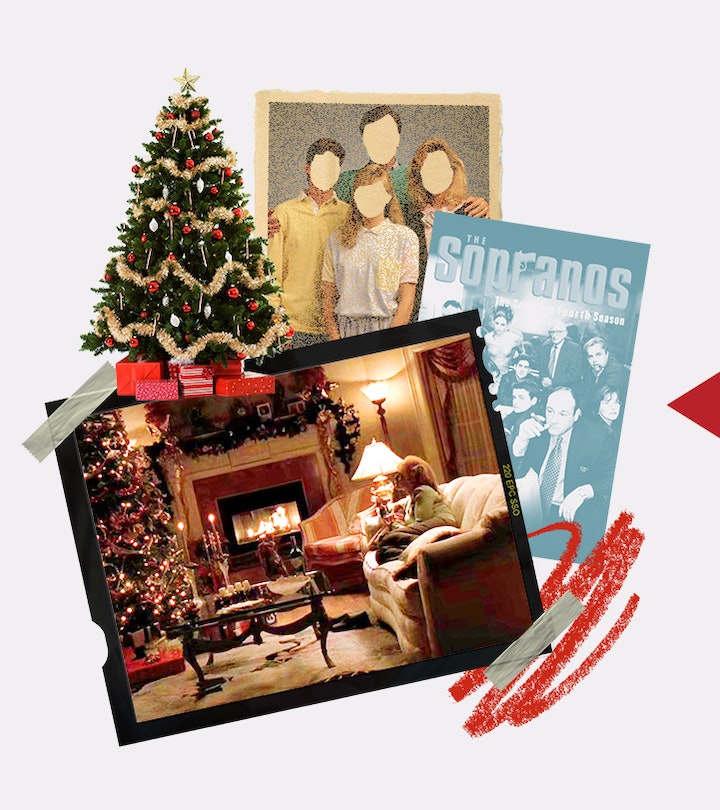 At a time when we were physically cut off from our own loved ones, The Sopranos came to feel like a second, dysfunctional family.

Normally I can’t stand the fall. I hate the frosty, dark mornings that herald the season of holidays and family birthdays where the expectations and financial obligations are high and the desire to delight your children feels more pathological than usual.

But this fall is so much better than last fall, in almost every single way. My kids are both in school and have only had one mandatory quarantine between them. The adults in our family circle have been vaccinated for a long time, and my older daughter has finally gotten her first shot. I started Zoom therapy and have been doing my paid work at a pace that was unimaginable this time last year. I also finished my [redacted] rewatch of The Sopranos, the show that helped me through the last 18 months.

During the last, very bad, fall and winter, this show was often the only truly adult thing I had to look forward to. Hearing the voices of Tony and Carmela, Dr. Melfi and Christopher and Adriana was a sign I had gotten through another day of online kindergarten supervision, the gruesome bedtime gauntlet of under-stimulated children, and whatever freelance thing I tried to knock out bleary-eyed with a glass of wine while the children were still yelling in their beds. In the depths of Comprehensive Distance Learning hell, when taking a shower was an Event, I started perching the iPad on the top of a high window sill in the bathroom so I could hear the familiar lines of my episode while I scrubbed.

I didn’t understand the profound comfort and narrative disappearance The Sopranos provided me until both kids were home this fall on a weekday, due to Covid exposure. My rewatch of the show had ended, but the pandemic, for all its summer teasing, had not.

In the depths of Comprehensive Distance Learning hell, when taking a shower was an Event, I started perching the iPad on the top of a high window sill in the bathroom so I could hear the familiar lines of my episode while I scrubbed.

During said quarantine, I reminded myself that I had been in a similar position for almost the entire 2020-2021 school year, that I was battle-tested in terms of confinement with small children, that we had managed, that everyone seemed sort of normal now, or at least was recovering. And yet I still traveled to a dark place with a swiftness that surprised me, the feeling of claustrophobia and parental failure that reared its head so often when my kids were home all day every day, no playground, no museums, no vaccines in sight. I yearned for the shower watch, for Carmela and Tony’s screaming fights, their occasional peaceful moments around the table.

I spent the first part of that quarantine thinking about all the ways I haven’t processed the last year and how unprepared I am for the possibility that it could repeat itself, either by my society f*cking up something as basic as inoculation, or by the onset of some other, more horrifying pestilence that I assume we will handle just as poorly. When the screen went dark at Holsten’s, the famous last episode, I felt a new and surprising feeling of loss. I am a habitual rewatcher, but now nothing feels like it can fill the space that The Sopranos filled during this year of interminable weeks and days, when the violence and the dark humor, but also the close, closed world of one toxic family propped me up in some essential way.

I just started rewatching Halt and Catch Fire, another show I love, but it doesn’t hit the same way, not because there’s anything wrong with the show but because there is a mismatch of the cultural product with the personal void that needs filling. Or maybe it’s a happier reason: that the void itself is no longer there — the long fatigue and frustration and sadness of the worst days of the pandemic behind me. It got me thinking about other moments, other feelings from that time period before vaccines that are now artifacts, and how I might even miss them as we move into the future when they are no longer required.

Last year we dutifully stayed home for Thanksgiving and Christmas. We were sad to abandon our plans to drive to grandma’s house due to the winter surge, but we also didn’t have to find a cat sitter and we could do exactly what we wanted, which was to make the Timpano pasta drum from the movie Big Night while the kids watched The Nightmare Before Christmas approximately 50 times.

On Christmas Eve I bought an expensive-for-me bottle of Greek natural wine that tasted like raisins warming in the sun and sat in the living room feeling like Carmela Soprano when Meadow comes in and finds her on the couch and asks what she’s doing. “Just enjoying the tree,” Carmela says, looking around at her house like it’s the manger where Jesus himself was born.

At a time when we were physically cut off from family, The Sopranos came to feel like a second, dysfunctional family, and maybe that also has a lot to do with why I’m missing them now that it’s time to ease back into reality. I couldn’t have imagined, as it was happening, feeling nostalgic for the forced holiday insularity that Covid necessitated, but here I am. It’s November, we are beginning the dance of the family travel season, looking at the child vaccine timeline, contemplating spending hours driving or hundreds of dollars to fly, thinking about carbon pouring into the atmosphere and the fact that Americans get the least vacation of anyone in the industrialized world and they spend most of it getting scalp strep from an airplane seat while their kids barf into bags and the stranger next to them takes the armrest and the plane sits on the tarmac due to snow and mechanical failure.

And yes, thank God for that — our cozy 2020 Christmas at home happened simultaneously with other families mourning loved ones they would never see again, hospital staff working desperately to intubate as many people as they could, people spending holidays alone who normally rely on them as a source of company and joy. A turn away from this is a gift, regardless of the excess baggage that comes with it.

As it turns out, this holiday season we are planning to get a cat sitter and drive many hours for one family funeral and another family Christmas. These are, I know, the things I dreamed of getting to do again. But I feel, perversely, that tug of Carmela and her Christmas carols and her bedazzled tree and her solitude. I force myself to remember why it was that we had such a cozy, quiet Christmas that year, just as I force myself to remember that Carmela was a mob wife and a Republican who threatened murder to get a college recommendation for her child, and that she had to live in the same house with A.J.

Lately I’ve been doing things that sometimes feel onerous but I’m hoping will make things feel better in the future: going to therapy, taking a parenting class, pulling weeds, earning money, getting involved in my community. I want to look ahead, informed by the past without being mired in it. But the urge to look back is strong. There’s something familiar in thinking nostalgically about a time you know you never want to live through again. It’s kind of like motherhood, kind of like life itself.