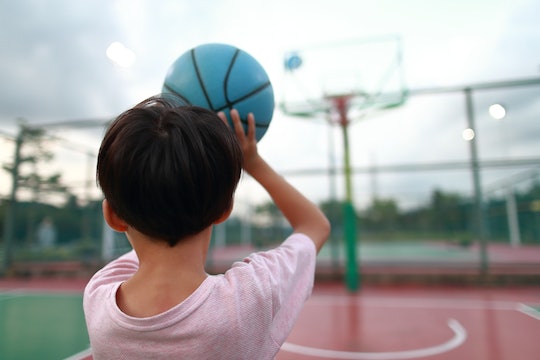 Researchers from the United Kingdom argue more equitable access to sports could help close the achievement gap in education.

Can athletics affect a child’s academic performance? New research from the United Kingdom and published in the journal PLoS ONE suggests it can. Researchers found physical activity garnered from sports or dance can have big benefits for children’s self-regulatory skills, which in turn can boost their school performance. What’s more, children from disadvantaged backgrounds were found to reap greater benefits from physical activity than children from wealthy backgrounds, leading researchers to argue that more equitable access to athletic opportunities could help narrow current achievement gaps in education.

“Research examining the links between physical activity and attainment has produced mixed findings, but there is a positive, indirect relationship because of the impact on mental processes like self-control,” Fotini Vasilopoulos, the study’s lead author, said in a press release from the University of Cambridge. “This may be particularly important for children from families who find it harder to access sports clubs or other forms of physical activity outside school.”

Researchers from Cambridge studied more than 4,000 children to explore how physical activity and sports may affect self-regulation, or the ability to manage one’s emotions and behavior, in the long term. What they found was that physical activity had a “significantly positive” indirect effect on academic achievement due to improved emotional regulation at age 7 and behavioral regulation at age 11.

According to Vasilopoulos, children who have trouble self-regulating their emotions and behavior are more likely to be impulsive and inattentive, two traits that may lead to difficulties in school. And it seems that children with the lowest academic performance may have the most to gain from physical activity. “Children that are farthest behind could experience greater benefits from activities that are linked to self-regulation,” the study noted, adding that “child poverty has been shown to be associated with poorer self-regulation skills and academic attainment in childhood.”

Researchers noted kids from disadvantaged or low-income backgrounds often are not provided with the same opportunities to develop self-regulation skills at a young age through participation in physical activities due to parents’ limited income or free time. Expanding access and opportunities to sports and physical activity for children from disadvantaged backgrounds could ultimately help close the achievement gap currently being seen in education between children of different socio-economic statuses.

“The attainment gap is a really complex problem, but we know that some of it is linked to less-advantaged children having poor self-regulation skills early in childhood,” Vasilopoulos said. “Physical activities that help them to do things like focus on a task or maintain attention could be part of the way to bridge that gap.”