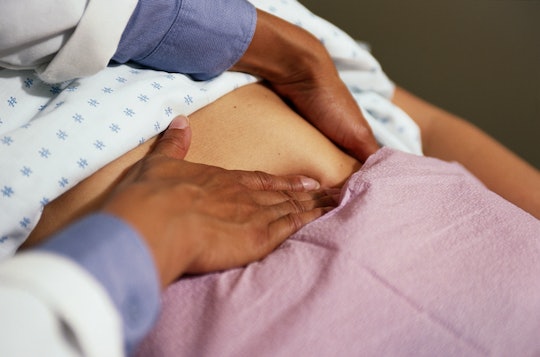 Survey Reveals What Millennials Want From Their Fertility Doctor

"Today's patient doesn’t want a doctor in a white lab coat who knows everything ...They want a relationship.”

Infertility is a medical issue, but according to pregnantish founder and editor-in-chief Andrea Syrtash, it’s a relationship issue as well. A recent study of more than 1,000 women in 49 states, authored by Syrtash, found that almost half the time, a patient’s relationship with a fertility clinic is the reason she sticks with a practice… or leaves.

Syrtash suspected that relationships would play a big role in a patient’s fertility clinic experience (she is a nationally recognized relationship expert, after all) but even she was surprised just how much. The survey, which was conducted by pregnantish, asked respondents a series of fill-in-the blank, multiple choice, and essay questions. When asked why patients left a fertility practice, if they did, a scant 8% cited lack of efficacy while 49% attributed the decision to a relationship-related issue, such as poor communication or impersonal treatment plans.

In other words, it’s not that the doctor wasn’t effective, it’s that the patient felt the practice wasn’t being a good partner. Conversely, 45% of patients who stayed with a practice stated that they did so due to a good connection with the staff and optimism. “Even though I know, and I knew, that relationships matter, I still was surprised at the top reasons," Syrtash tells Romper.

Another surprising finding to come out of the survey was the age of the respondents. The average person was just over 33 years old and had been trying to get pregnant for four years. “It felt like we turned on its head what infertility looks like,” she says of the findings. “So often, what is portrayed is an older white career woman who kind of took too long to prioritize other things before starting her family. And what the survey showed us is the face of infertility is much younger on our platform.”

Taken together, the survey paints a picture of a new generation of infertility patient: younger and deeply interested in making empowered decisions about their health, medical decisions, and family planning. Syrtash has a name for these women: “ovary-achievers.” They come prepared to every appointment with questions and ideas. And while some doctors might bristle at such a hands-on approach, Syrtash wants them to know that having an ovary-achiever as a patient is great news. “She's so motivated to get to the bottom of [her fertility issues]; she will stick with you,” she says.

Fortunately, what Syrtash has been learning from talking to providers is that they want the same thing, and that both groups have the same “pain points.” She recalls a conversation with one fertility doctor on the verge of tears as they talked about a particular patient. “He cares deeply about who he had to break the news to that probably her pregnancy wasn't sustainable,” she recalled. “He was up all night about it because he felt so invested.”

This investment in patient outcomes can lead to the same emotional burnout that plagues those struggling with infertility. So, too, can the sheer number of patients. According to a 2017 report from the Centers for Disease Control and Prevention (CDC), the use of assisted reproductive technology (ART) has doubled since 2007 — approximately 1.7% of infants born in the U.S. every year are conceived via ART — and yet the use of these technologies is rare compared to the potential demand. Often this number reflects economic access (lack of funds or insurance coverage) but in some cases demand outpaces supply, even among those with the means to seek treatment. It’s not uncommon, says Syrtash, to not be able to find a seat in the waiting room. “Fertility clinics are the hottest club that no one wants to be a part of,” she quips. This can often mean long waits for short appointments with overbooked doctors and harried nurses and office workers.

But in spite of these challenges, providers can take steps to build relationships with their patients. The groundwork is laid for success — ultimately, all parties want this partnership to work out — patients don’t want the hassle and heartache of leaving a practice and doctors certainly don’t want to see them go.

After looking at the data, Syrtash applied her relationship expertise to create tools and even scripts for fertility clinics to build, improve, and maintain their relationships with clients. It’s not just for doctors, either. Everyone a patient could interact with — nurses, receptionists, phlebotomists, and the billing department — can all have an effect on the patient’s willingness to stay with the practice. “I know of what I speak in terms of that experience,” says Syrtash, who went through 18 fertility treatments over seven years with eight doctors. “There were so many times when I was like, damnit, I love the doctor, but the staff? I can’t do it. I’m just too vulnerable … I cannot go if a nurse barks at me or billing is transactional.”

Thanks to an educational grant from CooperSurgical Fertility and Genomic Solutions and EMD Serono, Syrtash has been able to bring the findings of this survey, including a dynamic series of workshops, to more than 1,000 healthcare providers for free. The response has been overwhelmingly positive. And when doctors realize the best way to show their patients that they want the same things, everyone's outcomes improve.

“[Today’s patient] unlike maybe her grandparents or parents, doesn’t want a doctor in a white lab coat who knows everything and stays very cold and clinical,” she says. “They want a relationship.”

More on the program, including the survey and full report, can be accessed on www.pregnantishverified.com, where healthcare providers can also sign up to take the workshop free of charge.