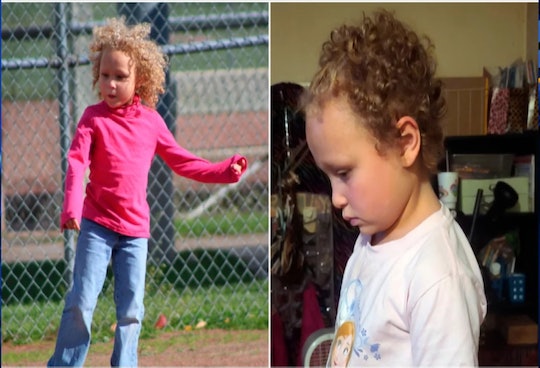 It was the second time the girl’s hair had been cut during the school day without her parent’s knowledge.

A Michigan father was surprised and outraged when his 7-year-old biracial daughter returned home from school one day in March with her curls lopped off by a teacher. According to Jimmy Hoffmeyer, it was the second time his daughter had come home from Ganiard Elementary with her hair chopped off. But while the first cut had been done by a fellow student, this second haircut had been done by one of the child’s teachers.

Seven-year-old Jurnee came home from Ganiard Elementary on March 24 with a sizeable chunk of the hair on one side of her head missing, her father told the Associated Press. Jurnee told her dad a classmate had cut her hair with scissors while the two were on the school bus.

Hoffmeyer called Jurnee’s principal to notify them of the incident and then took his daughter to a professional salon to have the amateur cut corrected. “We took her to the salon to get an [asymmetrical] cut,” Hoffmeyer told ABC12—WJRT. “She had [it] a little short here, but long still — talking about her shoulders — on this side.”

But on March 26 Jurnee came home with another impromptu and unauthorized cut. This time, however, Jurnee said it was a teacher who’d cut her hair to even out her asymmetrical style. “She was crying,” Hoffmeyer told AP. “I asked what happened and said ‘I thought I told you no child should ever cut your hair.’ She said ‘but dad, it was the teacher.’ The teacher cut her hair to even it out.”

In comments to WJRT, Hoffmeyer said his daughter was “so embarrassed” after being given a haircut by one of her teachers.

In a statement to WKYT, Mount Pleasant Public Schools Superintendent Jennifer Verleger confirmed that another child had stolen a pair of scissors from a classroom and cut Jurnee’s hair on a school bus. But she said it was a library employee who cut Jurnee’s hair the second time, although she noted Jurnee’s teacher had full knowledge of the haircut before it happened. Verleger also claimed it was Jurnee who had asked for the haircut after telling the library employee she did not like the professional haircut she’d been given.

The National Parents Union, a network of parent organizations and grassroots activists that have been working with Hoffmeyer in an attempt to get answers and accountability from Mount Pleasant Public Schools, have pushed back on Verleger’s characterization of the incident.

“I believe that the adults in this educational space were more concerned and maybe outspoken about Jurnee’s hairstyle and texture than Jurnee,” National Parents Union Policy and Legislation Director Christina Laster said in a statement to WKYT. “And I believe that perhaps what took place — and based on my communications with the family — what really took place is that children started to adopt that same judgmental mentality about Jurnee’s hair, which then turned into this incident that really got out of control quick.”

Another member of the National Parents Union characterized the incident with Jurnee as an example of the overregulation of Black and brown bodies in comments to Michigan Radio. “When Black children do something, it’s ostracized as an issue. Any time they are stepping out of the box, it’s seen as an issue,” Bernita Bradley told the NPR affiliate. “I don’t care if her hair was set on top of her head like Einstein on a daily basis. It still does not leave any cause for a teacher, or anybody, to say, ‘Come here. Let me cut your hair off.’”

While Verleger has maintained Jurnee’s teacher and the library employee had “good intentions,” she acknowledged their actions were “unacceptable” and evidence of “a lack of judgment” in a statement shared with AP. “Both are being reviewed for further disciplinary actions in accordance with school policies and procedures,” Verleger said. Romper has reached out to Verleger for additional comment.

The district’s response, however, has done little to satisfy Hoffmeyer. He and Jurnee’s mother told AP they had transferred their daughter to another elementary school and are considering removing her from the Mount Pleasant Public School district altogether.