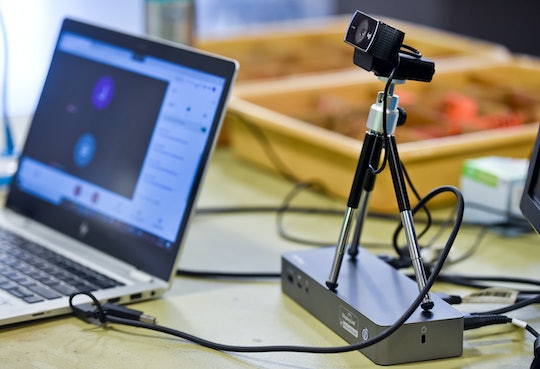 The sixth-grade California teacher has since resigned.

The family of a 12-year-old student has filed a lawsuit against a California school district after a teacher’s racist rant was caught on Zoom. A sixth-grade teacher at Desert Willow Fine Arts, Science and Technology Magnet Academy in Palmdale, California, reportedly failed to fully exit a Zoom meeting before making a series of disturbing and racist remarks about a Black student and their family. The teacher was caught on tape mocking the family, referring to the child as a liar and his parents as “pieces of sh*t” before claiming, “this is what Black people do.”

Like so many children across the country, Katura Stokes’ 12-year-old son struggled to adapt to online learning and the tools it required students to use. But what was supposed to be an opportunity to address those issues during a one-on-one with her son’s teacher, quickly turned into a nightmare when the teacher, not realizing she was still connected to the Zoom call, launched into a racist rant about the student and his family.

“I mean these parents, that’s what kind of pieces of sh*t they are. They’re Black. He’s Black. They’re a Black family,” sixth-grade teacher Kimberly Newman can be overheard saying in a video of the Zoom call obtained by KTLA. “Your son has learned to lie to everybody and make excuses ... since you’ve taught him to make excuses, that nothing is his fault. This is what Black people do.”

According to the Palmdale School District, the incident occurred in January and Newman has since resigned after being placed on administrative leave. “I’m here to tell you that this school board, this district, and this community will not tolerate this behavior,” the Antelope Valley Press reported Palmdale School District Board President Ralph Velador told reporters of the incident at a press conference. “We’re moving forward and we want to make sure that we heal our community of any of this behavior.”

The Stokes family is also moving forward — with a claim against the school district. Stokes filed a claim seeking monetary damages for negligence, defamation, and civil rights violations from the Palmdale School District last week, the Washington Post reported. An attorney for the family told the paper it was hurtful to see a student’s request for help be met with such vile.

“They are so disappointed and in disbelief over the fact that this is still happening in this day and age,” Neil K. Gehlawat, a lawyer representing the family told the Washington Post. “Ms. Stokes was asking for help and in response, she gets a racist rant.”

Gehlawat told the paper, Stokes’ son had unfortunately overheard “a lot” of his teacher’s racist rant and was obviously impacted by it. “There’s this teacher that he looked up to saying these awful things,” Gehlawat said. “It’s just so hurtful and difficult for him to process.”