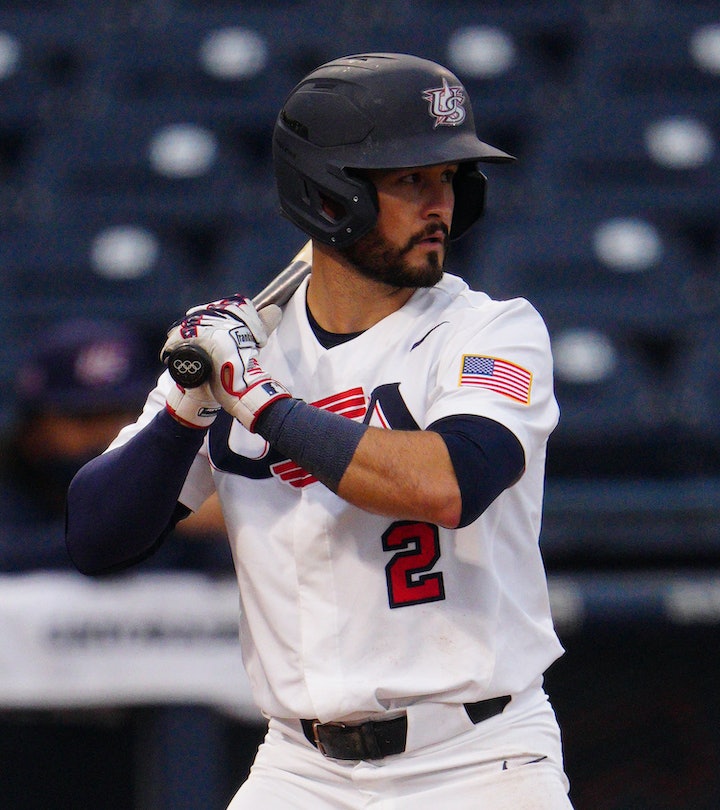 The first-generation Cuban-American is one of only a handful of athletes to compete in the Summer and Winter Games, and says he owes it to his family.

When Miami Marlins infielder was selected by his fellow athletes to be a Team USA flag bearer, Eddy Alvarez became emotional. In an interview posted to Twitter before the opening ceremony, the first-generation Cuban-American began to tear up, voice quavering as he talked about his dad, Walter, and mom, Mabel.

“I owe so much to my parents, to my family, that came over to this country,” he said. “To be able to lead team USA is an absolute honor. I’m absolutely, incredibly honored. What a privilege.”

Alvarez is one of two Olympians chosen to carry the standard for the country. The other is basketball player Sue Bird. This is Bird’s fifth Olympics and Alvarez’s second... but only his first competing on Team USA’s baseball team. In 2014, he represented the U.S. in short track speed skating at the Winter Olympics in Sochi, where he and his team won silver for the 5,000 meter relay. If Team USA places in Tokyo, Alvarez will be one of just six athletes ever to medal in Summer and Winter Games.

It’s not the first time Alvarez has credited his parents with his athletic success. In a 2014 interview with NBC Miami, he explained that they gave him his first pair of skates at just 4 years old, shortly before he began playing baseball. He fell in love with both sports, but says it was his parents’ steadfast support — his mom taking him to and from practices and his dad’s tough love — that really propelled him to the next level.

“I did not tolerate underperformance, underachievement," Walter said. "It has to be achievement or overachievement, but not under, because I knew what he could do.”

"It was just a joy of seeing that love he had to accomplish something since he was very young," Mabel told the news outlet.

While the proud parents aren’t able to travel to Tokyo to watch their son in person, they’re cheering him on from Alvarez’ hometown of Miami, tears in their eyes as they watched their son carry the American flag through the stadium.