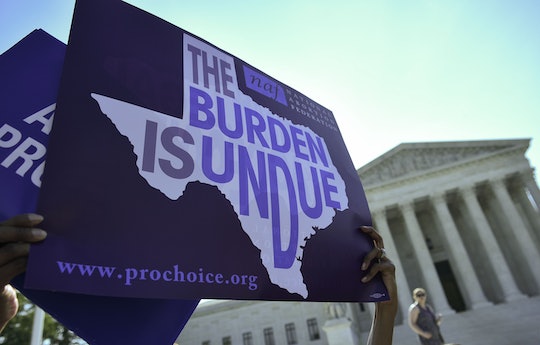 The new law is believed to be one of the nation’s most restrictive as it makes no exceptions for rape or incest.

Texas Gov. Greg Abbott has signed into law a bill banning abortion as early as six weeks, effectively approving a near-total ban on the procedure given that many people are not even aware they are pregnant that early in gestation. The new law is believed to be one of the nation’s most restrictive bans on abortion as it does not allow exceptions for rape or incest and allows private citizens to sue anyone they believe helped another access abortion.

“Our creator endowed us with the right to life and yet millions of children lose their right to life every year because of abortion,” Abbott said Wednesday at a signing ceremony for the anti-abortion bill. “In Texas, we work to save those lives.”

Abbott went on to describe the law, which bans abortions as soon as a fetal heartbeat is detected, as one that “ensures that the life of every unborn child who has a heartbeat will be saved from the ravages of abortion.”

Reproductive rights advocates, however, have characterized the ban as extreme and have vowed to challenge it. “Texas has now joined the new wave of extreme abortion bans passed this year across the U.S.,” Center for Reproductive Rights President and CEO Nancy Northup said in a statement released earlier this month when Texas legislators first approved the state’s new ban. “This bill essentially opens the floodgates to allow anyone who is hostile to abortion to sue doctors and clinics, consuming their resources and forcing them to shut down. We will pursue all legal options to prevent this law from taking effect.”

Texas’ law, which is expected to be implemented in September, requires abortion providers to test for a fetal heartbeat. If one is detected, the provider is barred from performing the procedure. However, by banning abortion as early as six weeks, Texas’ law and other so-called “heartbeat bills” is effectively designed to disproportionately affect people for whom pregnancy is unplanned and unexpected. For example, the law’s 6-week deadline could fall just two weeks after a missed menstrual cycle in many instances, leaving no allowances for those who regularly experience irregular cycles or for the wait times that often come with scheduling reproductive care appointments.

While the law does provide an exception for medical emergencies, it does not allow exceptions for instances of rape or incest. What’s more, it enables individuals to bring civil lawsuits against those they believe either performed an abortion or knowingly aided another in accessing an abortion. According to NPR, enabling private citizens to initiate lawsuits may ultimately make the law harder to challenge in court.

Despite the potential challenge, providers have said they remain committed to providing Texans with abortion care.

“Every year, Texas lawmakers pass laws that make it harder for our patients to access abortion care, and harder for us to provide it,” Amy Hagstrom Miller, CEO of Whole Woman’s Health, a healthcare company which operates four clinics across the state of Texas, said in a statement shared by the Center for Reproductive Rights. “They are determined to legislate abortion out of existence. We see firsthand that Black and brown communities are hit the hardest by these oppressive laws and we know these laws do not reflect the values Texans hold. Our clinics are open, and we are committed to providing compassionate, professional abortion care in Texas.”