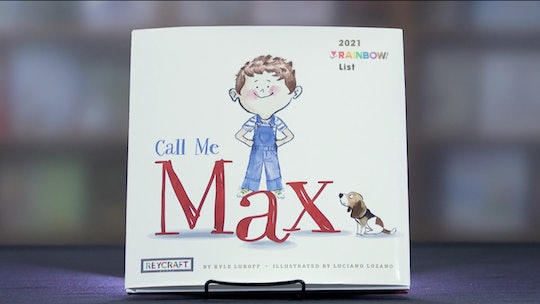 Fourth graders were reportedly offered counseling after their teacher showed them Call Me Max, a book for early readers about what it means to be transgender.

The in-class reading of a children’s book about a transgender boy has sparked controversy at one Texas school district. Outraged conservative parents have reportedly called for an educator to be fired after they read Call Me Max, a book for early readers about what it means to be transgender, to their class. But the district’s decision to label the book “not appropriate” and offer trauma counseling to students who heard it has angered LGBTQ+ advocates who say the district’s reaction sends a harmful message.

When conservative parents at Forest Trail Elementary in Austin, Texas, learned their fourth-grade children had been read Kyle Lukoff’s Call Me Max earlier this month, they reached out to the school and the district to complain, the Austin American-Statesman reported. Some even called for the teacher who’d introduced the book to be fired, TODAY reported.

In an email sent to district staff and students’ families — and later shared over Twitter — Eanes School District Chief Learning Officer Susan Fambrough said the book had been selected by the educator from a list of resources not affiliated or distributed by the district. Fambrough also declared the book “not appropriate to be read aloud to an entire elementary-age class” despite the fact it is widely advertised for readers between the ages of 7 and 9 years old.

In her email, Fambrough also told parents the district would provide counseling services to students who’d been shown the book. "Counselors were made available to support students, and the school administration worked with families to provide an explanation and reassurances," Fambrough said in her email.

Other parents expressed concern over the district’s claim the subject matter of Call Me Max was not suitable for a fourth-grade class. “It is absolutely age-appropriate for children at that age to be having those discussions,” Yvonne Adams, the parent of an elementary-aged child within the Eanes district, told CBS Austin.

Lukoff, the award-winning transgender author of Call Me Max, has also spoken out about the school district’s decision to provide counseling to children as a result of the book. “I spent eight years as an elementary school librarian and am familiar with the situations where so many resources are expended to ensure the wellbeing of students and families — after the Sandy Hook shooting, for example, or after a death in the school, or some other crisis.” Lukoff wrote in a letter to the Eanes school district which he also shared over Twitter. “Do you believe that a readaloud about a transgender child is equivalent trauma? How do you think transgender people in your community felt having their identities treated like a disaster?”

Eanes District Superintendent Tom Leonard admitted to TODAY it would likely be “tough” for a transgender child to learn that other students were being counseled about a book with a transgender character. But Leonard maintained it was routine to extend counseling services to students who are upset. “I’m not concerned sometimes what a kid is upset about,” he told TODAY. “If a kid’s upset, it’s going to interfere with their learning and their well-being.”

But Ivester’s son, a former Eanes district student, said reading Call Me Max as a child would have been “life-changing” for him.“If this resource was around when I was a kid and I had been exposed to this, it would’ve been life-changing because I grew up in a time where no one really knew what transgender was, that it was a thing you could be,” Jeremy Ivester told CBS Austin. “I think it’s absolutely appropriate that this is taught in schools and that kids are allowed to see and that it’s not something taboo, that it’s something that should be normalized.”