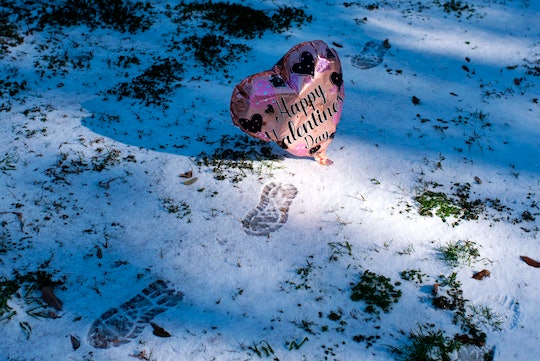 Amid widespread power outages and frigid temperatures, some Texan families have sought alternative means of keeping warm — including ways that are just as deadly as the cold.

Millions of families in cities across Texas have been struggling to stay warm amid widespread power outages and frigid temperatures brought on by a severe winter storm. But apart from snow, ice, and freezing weather, recent conditions in Texas have sparked another danger: carbon monoxide poisoning. Texas' winter storm has led carbon monoxide poisoning cases to rise throughout the state.

In Harris County — the state's most populated county — more than 300 cases of carbon monoxide poisoning had been reported by Monday alone, according to the Houston Chronicle. "With that number of patients going in, it's turning into a mini mass casualty event," Dr. Samuel Prater, a UTHealth emergency physician working with Memorial Hermann Health System, a network of hospitals whose emergency rooms saw at least 100 cases of carbon monoxide poisoning, told the Chronicle. More than half of the patients being treated were children, Prater claimed.

A majority of the cases being reported stem from families attempting to use cooking or heating equipment meant for outdoor use only inside in a desperate attempt to stay warm. In Houston, for example, the Cypress-Fairbanks Fire Department found a family of six suffering from carbon monoxide poisoning after using a charcoal grill to heat their apartment for roughly four hours. All six family members, including four children ranging in age from 5 to 10 years old, were taken to a local hospital for treatment, the fire department tweeted.

Unfortunately, that family wasn't the only carbon monoxide-related call the Cypress-Fairbanks Fire Department has responded to recently. The fire department told The Washington Post it had, as of Tuesday, overseen the transfer of at least 23 people, 12 of whom were children, to local hospitals due to carbon monoxide poisoning.

The U.S. Centers for Disease Control and Prevention (CDC) describes carbon monoxide as an odorless and colorless gas found in the fumes produced from fuel-burning cars, trucks, stoves, lanterns, grills, furnaces, fireplaces, gas ranges, and small engines. When operated indoors, the carbon monoxide put off by such appliances builds up to dangerous levels and can poison or kill both humans and animals exposed to it.

Already Texas has seen at least two fatalities related to carbon monoxide poisoning. Houston Police reported finding two adults and two children suffering from carbon monoxide poisoning on Tuesday. The family had, according to police, been running their car in a garage attached to the house in an attempt to generate heat while their power was out. The adult female and female child did not survive the incident, while the adult male and male child were transported to a local hospital for treatment.

Officials in Texas have urged residents not to run cars in enclosed spaces or bring equipment meant for outdoor use inside no matter how low temperatures dip. "I know you're cold, folks who don't have power, [but] do not bring appliances indoors that belong outdoors," Harris County Judge Lina Hidalgo said in a video message shared over Twitter. "If you want to use it to stay warm, use it outside. Do not run your car inside the garage. If you want to be in your car to stay warm — that makes sense — run it outside in the driveway."

More than 3.3 million customers are reported to be without power in Texas during one of the coldest winter storms seen in the state in recent years. You can help those experiencing homelessness in Texas during this severe winter storm with donations to organizations like Austin Mutual Aid, The Austin Area Urban League, Solid Ground Ministry, and Maximizing Hope, all of whom are working to provide support and shelter to house-insecure individuals.